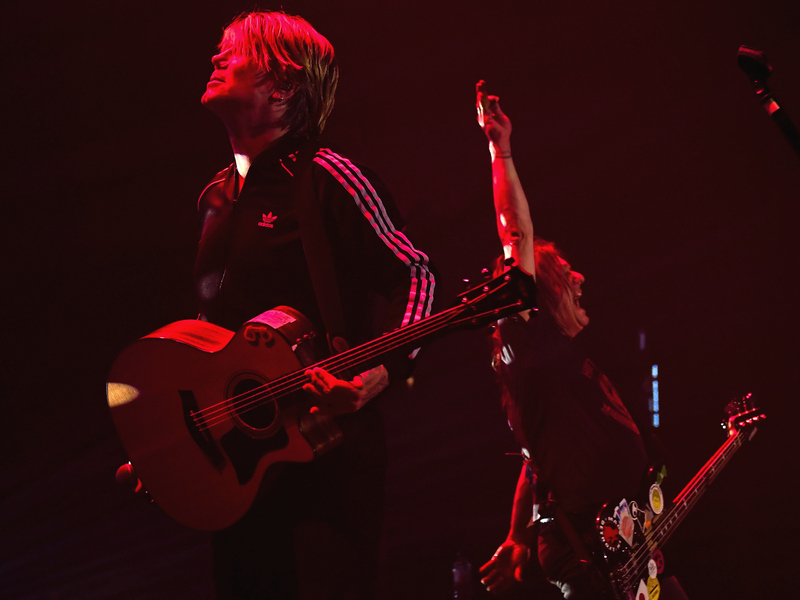 Goo Goo Dolls have just announced a new 24-date summer shed tour. Led by co-founders by John Rzeznik and Robby Takac, the trek kicks off on July 26th in Salt Lake City, Utah at USANA Amphitheatre and wraps on September 2nd at L.A.'s Greek Theatre. The band is currently hard at work on its still-untitled 13th studio album.

Along with the summer dates, the Goos also announced a new side compilation, titled, Rarities, stating:

The (tour dates) arrive alongside the premiere of "Nothing Can Change You (Live)." the band's cover version of Tommy Keene’s original song and the latest offering from their forthcoming compilation record Rarities.

Releasing on June 25th, 2021 via Warner Records, the album is a retrospective collection of 20 songs spanning Goo Goo Dolls’ career from 1995 to 2007; a prolific period during which the band released several chart-topping hits, ascended to mainstream stardom and cemented their footing as one of the most influential rock bands in recent memory.

John Rzeznik told us that one of the highlights of any show is the chance to connect with the band's original fans: ["Everybody that came up with us came just as slow. So, it was no big shock. The people that were with us in the beginning, a lot of times, if they still show up, I mean we'll still talk to them and that just because they've realized that we haven't changed that much, maybe a little more sober. That's about it."] SOUNDCUE (:24 OC: . . . that's about it)