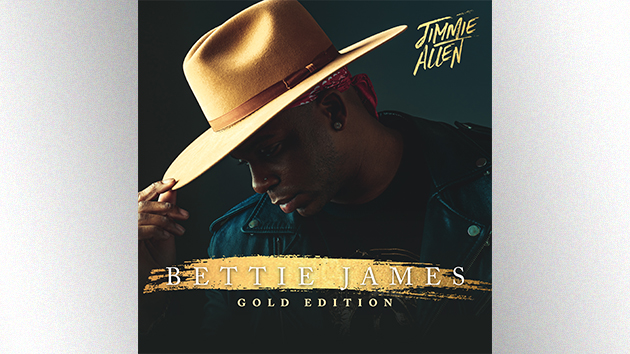 Jimmie Allen has tapped into a new group of all-stars for his upcoming album, Bettie James Gold Edition.

The album serves as an extension of his 2020 EP, Bettie James, which features current single “Freedom Was a Highway” with Brad Paisley, along with collaborations with the late Charley Pride, Darius Rucker, Mickey Guyton and more. Jimmie has added nine new tracks to Gold Edition, in addition to the seven songs on Bettie James. The projects are named in honor of his late grandmother, Bettie, and father, James.

Keith appears on a song called “Boy Gets a Truck,” while LBT harmonizes with Jimmie, Monica and Vikina on “Pray.” Jimmie recently teased his collaboration with Lanco, “Home Sweet Hometown,” and he joins forces with Breland and Lathan on “Somebody.”

“When I was writing some of the songs, I was trying to picture each moment. I went to each artist to work with them so they could be who they are on the song and bring their greatness to the song – I feel like that’s what makes the songs better,” Jimmie describes. “I’m super proud of the body of work of this album and can’t wait for people to hear it.”