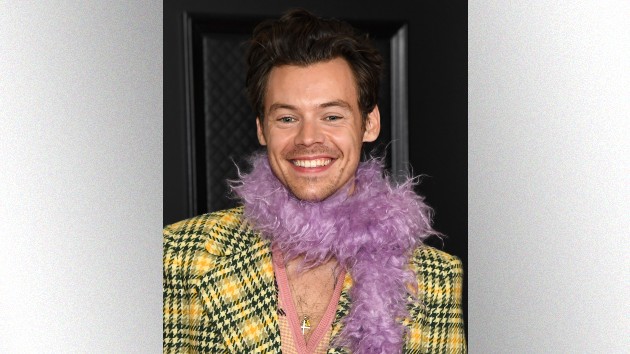 Celebrities — they’re just like us!  What? You mean you don’t have a pet owl that once vomited on Harry Styles‘ head?

Appearing on The Ellen DeGeneres Show on Tuesday, Salma Hayek spoke about her many pets, including a rescue owl named Kering.  After explaining that after owls eat rodents, they regurgitate the animals’ hair, Salma related a story about a “very important celebrity” whom she refused to name.

“He was really excited about the owl and hoping that the owl would go on his head because it was on me,” the actress explained. “He’s like, ‘Oh, I need an owl in my life. How do you do that?’ And the minute he least expected it, it came [onto] his head — but then he did the thing…this ball of rat hair was on his head.”

“He was okay, he was…cool. He didn’t scream,” added Salma.

Before the interview wrapped up, Salma, who’s starring in the new film The Hitman’s Wife’s Bodyguard, was pressed by Ellen to reveal who the celebrity was.

“Harry Styles,” Hayek confessed. “He was super-cool, even with that happening…he’s the best.”  However, she was dismayed when Ellen announced that she planned to bring up the incident to Harry “the next time I see him.”