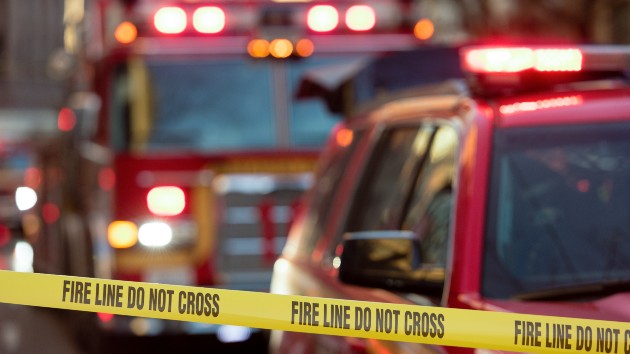 (ROCKTON, Ill.) — A massive explosion at a northern Illinois chemical plant ignited a fire and prompted evacuations Monday, less than a month after the plant was inspected by a federal agency. The fires continued to burn as of Tuesday.

The fire at Chemtool has forced over 125 homes and businesses within a one-mile radius to evacuate as a precaution. Two firefighters suffered minor injuries, according to authorities. All 70 workers were able to get out safely.

Bob Snyder, the vice president of operations at the parent company Lubrizol Corporation, addressed the fire during a press conference on Tuesday. He said the focus is on the community.

“We’re going to do everything we can to do the right thing and support, not only Chief Wilson and all the other resources in terms of addressing the fire and affecting the right emergency response, but also in supporting the community in the aftermath of the cleanup,” said Snyder.

“We apologize to the people that had to be evacuated whose property and other things may have been impacted by the fire,” he added.

Overnight Monday, half a million gallons of oil were left to burn amid concerns that using water to extinguish the flames could send runoff into the nearby Rock River. On Tuesday, teams trained in industrial fires set up barriers to protect that water and doused the fire with a special foam to get it under control.

“We are doing everything we can to both suppress the fire, protect our air quality and protect our water quality for the long haul,” said Dr. Sandra Martell, the public health administrator for Winnebago County.

Although the black smoke had mostly cleared from the sky Tuesday, authorities were asking anyone within a 3-mile radius to wear a mask outdoors as officials continued to test the air and water quality.

Prior to the incident, the U.S. Department of Labor confirmed in a statement to ABC News that inspectors from the U.S. Department’s Occupational Health and Safety Administration (OHSA) had opened a health investigation at Chemtool Inc. in Rockton, Illinois, on May 20.

As of Tuesday, the OSHA said it’s opened another investigation into what caused Monday’s explosion. No further information will be available on either of the investigations until OHSA has completed its internal investigation, the agency said.