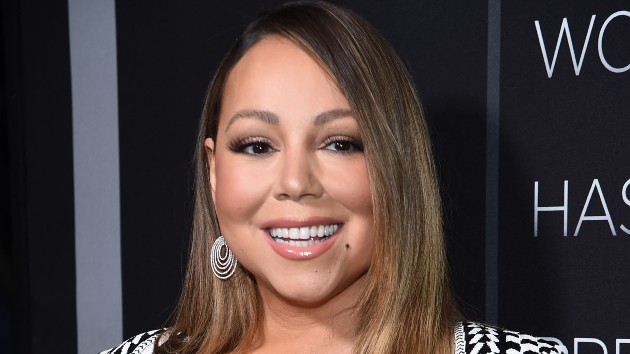 “Obsessed” with the #WipeItDown challenge?  Mariah Carey officially joined the TikTok craze to celebrate the anniversary of her 2009 diss track.

The #WipeItDown challenge features people cleaning a mirror to the beat of BMW Kenny‘s song “Wipe It Down,” and, with each stroke of the cleaning rag, they change costume or character.

Taking to Instagram Wednesday, Mariah submitted her entry, which started off with her wearing a robe and a green face mask while her hair is done up in rollers.

As the song plays in the background, she eventually mouths, “And I was like, why are you so obsessed with me?” and, with a stroke of the rag, changes into one of her glam outfits — a silver sequined dress and leather jacket.  Of course, her hair and makeup is all done up, too, and a fan off to the side is blowing her hair.

Then, with another wipe of the mirror, she transforms into the creepy bearded man that she played in the Obsessed” music video.

Mariah continues to change between the two characters and adds her vocals to the BMW Kenny song, including in her signature whistle register, before the clip ends.

“Just for laughs… from last year’s lockdown when all I did was wipe tings [sic] down,” she captioned the humorous video.

“Obsessed,” which was released June 16, 2009, was reportedly about the Grammy winner’s spat with rapper Eminem and her way of shaking off rumors that the two were romantically linked in the past. In the accompanying music video, it’s widely believed the creepy bearded man she plays is a parody of the “Lose Yourself” rapper.

“Obsessed” was the lead single off Memoirs of an Imperfect Angel, Mariah’s twelfth studio album.