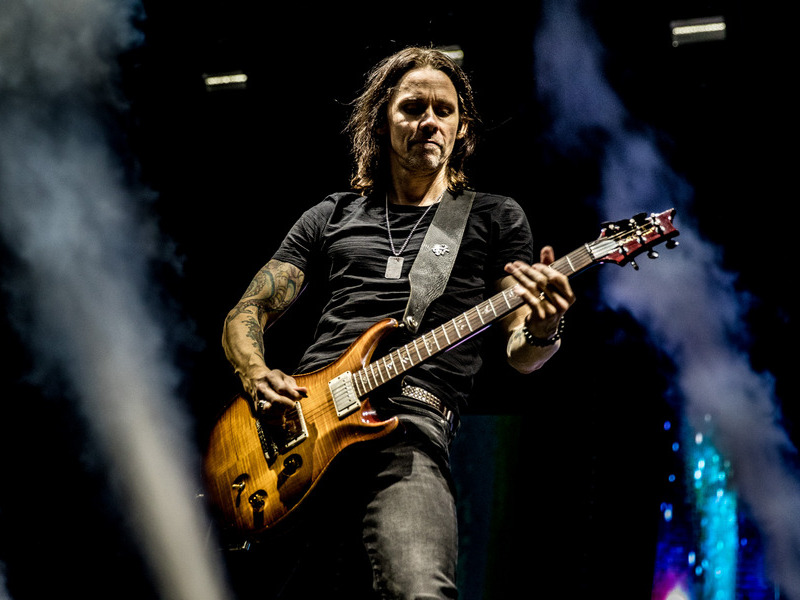 Alter Bridge's Myles Kennedy can't help but take pride in the Pacific Northwest's place in rock over the past quarter-century. Kennedy spoke to Classic Rock magazine while promoting his second solo set, The Ides Of March.

Kennedy explained, "Grunge was the last musical movement to have a profound effect on the world. Growing up here (in Spokane, Washington) we were four or five hours away from Seattle, and seeing all that starting to happen in the late-'80s was exciting. We had no idea how big it was gonna get."

He went on to say, "In '88, '89 (drummer) Zia (Uddin), who plays in the solo band with me, and I were playing a handful of Soundgarden songs in cover bands. And then Alice In Chains would come over and open for national acts. I don’t even know if they’d been signed yet. So it was really cool to watch all that take off."

Myles Kennedy, who's considered among the best singers in rock today, shed light on where he believes his talent sprang from: "I have a theory that my voice, to a point, might have come from my mother, because she has certain sonic characteristics, a certain timbre, and I think I got that from her side of the family. When we’d go to church and she’d sing next to me. She could sing. She wasn’t a professional or anything, but it’s the timbre. I hear it in my uncles, they have a certain sound when they talk."

Whether it be for  his long list of credits working with Slash over the years, or jamming with the members of Led Zeppelin, Myles Kennedy told us a while ago that he's grateful for all the incredible opportunities he's had: ["If someone would have told me years ago that I would have experienced some of the things I've experienced with the players that I've been lucky enough to be involved with, I would have never believed it, y'know? I mean, it's just been insane. So, I'm very grateful."] SOUNDCUE (:13 OC: . . . I'm very grateful)

Rob Halford says Judas Priest currently is tracking its next album, and “it sounds great”