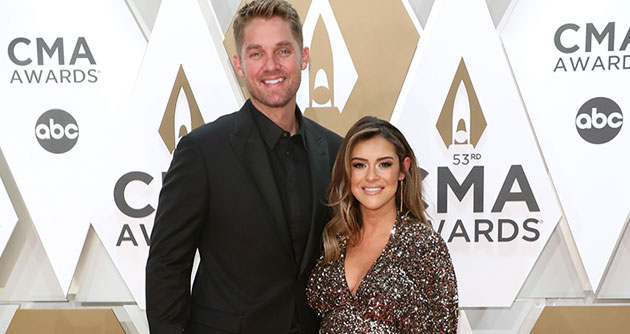 Brett Young is one of the ultimate girl dads, and he even got the song to prove it when he released “Lady,” a tribute to his wife, Taylor, and their baby girl, Presley.

This summer, he’ll double down on his girl dad status, welcoming a second daughter into the mix. But Brett admits that back when he and Taylor first began thinking about starting their family, he was hoping for a son.

“I always wanted a boy,” Brett admits. “I think all men initially think they just want boys. Not to the extent that I was disappointed at all when we found out it was a girl, because, you know, it’s your child. You’re excited.”

During Taylor’s current pregnancy, though, the singer says he started hoping for another daughter early on. It started during a playdate with the country star couple’s neighbors, who have three children: A girl, plus two boys.

“And we had just found out Taylor was pregnant again, but we didn’t know if it was a boy or girl yet,” Brett recounts. “Their oldest daughter and my nine-month-old daughter just sat on the couch, very chill, while the two boys chased each other around the coffee table for two hours straight and never stopped screaming and throwing things at each other.”

Though he didn’t say anything to his wife at the time, that experience was enough to put Brett on Team Girl once again.

Brett’s second child is due this July. In August, he’s releasing his first-ever children’s book, called Love You, Little Lady. Inspired by his relationship with his daughter, it’ll recount some of his favorite memories and pivotal moments from dad life so far.