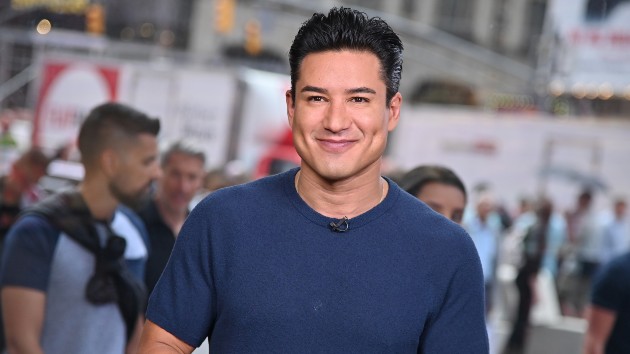 Hard to believe that a week from today, we will be halfway to Christmas.  Mario Lopez is well aware the countdown is officially on, because he’s been pretending we’re already there.

Speaking with ABC Audio, the Daytime Emmy winner raved about his upcoming Lifetime Christmas movie, Holiday in Santa Fe, and why it’s so dear to his heart. The 47-year-old says the film features “a predominantly Latino cast, but very universal storytelling.”

Lopez, who’s a big proponent of increasing diversity on screen, said the upcoming Christmas movie will be full of that holiday magic and even teased a bit of the synopsis — which is still tightly under wraps.

“It’s about a family and, ultimately, a family who’s lost a patriarch and their mother [and they’re] trying to keep the business afloat in the process,” Lopez explained. He says his character, Tony Ortega, “meets someone that helps salvage it and falls in love.”

The Saved by the Bell star continued, “It’s something hopefully that’s relatable and I hope people enjoy it.”

Lopez also has some big ideas of what his own Christmas movie would look like if he ever gained total creative freedom. “I’d want it to be a musical because I love singing and dancing,” he said. “So it’d be like a throwback to those old holiday films with Fred Astaire, Bing Crosby….”

Lopez also admitted there are “so many talented people out there” so he hasn’t completely curated his wish list, but promised, “I want a big, beautiful, diverse cast!”

The premiere date for Holiday in Santa Fe has yet to be announced.

With another holiday — Father’s Day — this weekend, Lopez invites those hunting for a last-minute gift to check out his own Father’s Day gift guide on Amazon.