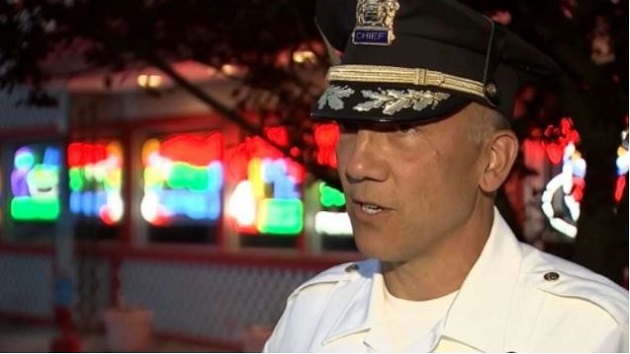 (NEW YORK) — A waitress was allegedly abducted and assaulted by a group of five people after chasing them down when they walked out on their $70 bill.

The incident occurred at approximately 11:15 p.m. on Saturday, June 19, at the Nifty Fifty’s in Turnersville located in Washington Township, New Jersey, when police say the 20-year-old waitress was taken away in a vehicle for a short time after confronting a group she had served in the restaurant, according to ABC News’ Philadelphia station WPVI.

Surveillance footage obtained by WPVI shows the woman being pulled into the White Dodge Durango as one person flees the vehicle before it pulls away with the waitress inside.

“They pulled her into the vehicle and assaulted her inside the vehicle,” Washington Township Police Chief Patrick Gurcsik told WPVI in an interview following the incident. “The vehicle headed north on Route 42, made a U-turn and was heading south towards Monroe Township, and pushed her out of the vehicle.”

It was then that authorities say the woman was able to run back to Nifty Fifty’s and immediately call the police.

She suffered a number of bruises and a possible concussion during the assault and abduction, according to WPVI. She was taken to a local hospital, treated for her injuries and released.

“Say it ain’t so,” John Hill, an employee at Nifty Fifty’s told WPVI. “As an employee, that makes me feel bad and mad at the same time.”

“This is such a family restaurant; oh, this is crazy,” customer Stacie Garris-Oliver of Lindenwold, New Jersey, told WPVI.

The suspects involved in the case were last seen driving a white Dodge Durango on Rt. 42 south near Monroe Township and are still at large.

Said Gurcsik: “Do not chase after accused suspects and confront them yourselves.”