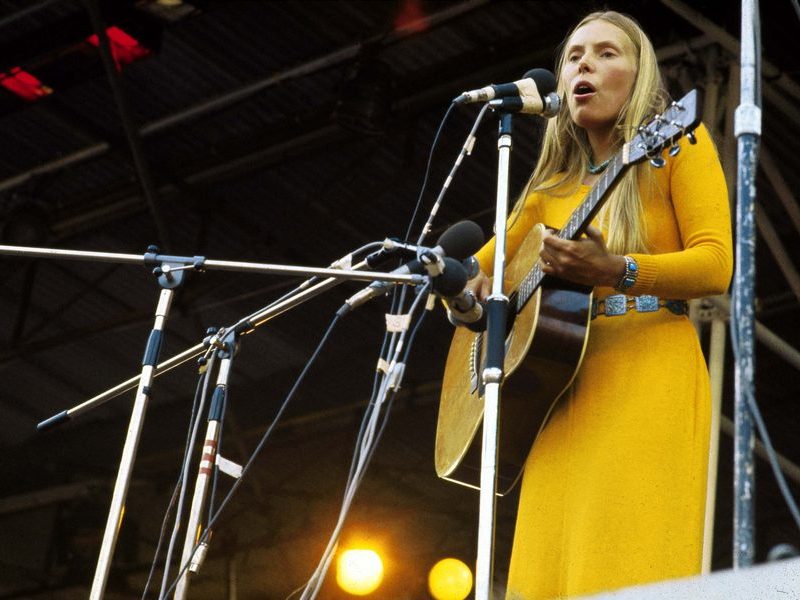 In celebration of today's (June 22nd) 50th anniversary of Joni Mitchell's watershed 1971 Blue album, Mitchell has released a special digital five-track collection, titled Blue 50 – Demos & Outtakes. The new EP includes a demo for Blue's “California” and an early version of the album's “A Case Of You,” with alternate lyrics from those heard on the final album.

Also featured are alternate takes of ''River” that features French horns, and a version of the “Urge For Going,” which although left off Blue, found a home the following year as the B-side to Mitchell's “You Turn Me On, I'm A Radio.” Also included is the track, “Hunter,” which although Mitchell has tackled live has eluded an official release until now. The tracks will be part of the major Joni Mitchell box set dropping later this week.

During an interview on CBC’s Q with Jian Ghomeshi, Joni Mitchell explained that outside inspiration has pretty much dried up for her: “I know what my standards are and every time that I met them, I raised them a little bit more. There are still things that I look up to — not as much as when I was young — y’know, but there are still things, that — thank God — that I can still be amazed by. Y’know, Debussy, Duke Ellington, y’know, not a lot. But there’s still some things that I can learn from.”