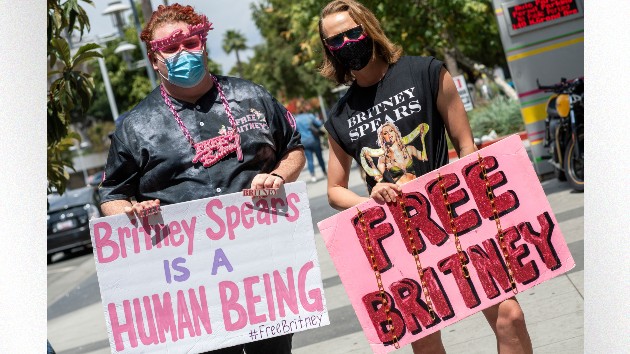 On Wednesday, Britney Spears will address a court in Los Angeles remotely about her controversial conservatorship, which has been in place since 2008. Ahead of that, The New York Times has unearthed records show that Britney has objected for years to her father Jamie Spears‘ role as her conservator.

As early as 2014, The New York Times report says, Britney believed her father was drinking and declared, via her lawyer, that she wanted to terminate the conservatorship.  The judge said she would considering ending it if Britney went to a therapist and had one year’s worth of clean drug tests, but wouldn’t guarantee it.

Then, in 2016, an investigator wrote in a report that Britney felt that the conservatorship had “become an oppressive and controlling tool against her.” Britney told the investigator she wanted it ended because she was “sick of being taken advantage of.”  Jamie Spears has earned millions of dollars over the years in his role as conservator of his daughter’s estate, according to The New York Times, in addition to a $16,000 a month salary.

Britney further told the investigator that her father was “obsessed” with her, and that she was “very angry” about the way he was allegedly running her life. She claimed she was denied access to her credit cards, limited to a $2,000 weekly allowance, and forced to take regular drug tests.  She even claimed her father wouldn’t allow her to redo her kitchen.

Even so, The New York Times reports, the investigator concluded that the conservatorship remained in Britney’s best interests, though he called for its eventual termination and a “path to independence.”

Then in 2019, Britney appeared at a closed-door hearing, The New York Times reports, and said she had been forced to check into a mental health facility against her will, as punishment for objecting to something during rehearsals for her Vegas show.  She also detailed her recent accomplishments, including tours and album releases, and insisted there was nothing wrong with her.

Then last year, Britney’s lawyer told a judge that Britney was “afraid of her father.”  Britney’s mother, Lynne, also joined the fight to remove Mr. Spears, calling his relationship with Britney “toxic.”  The judge still declined a request to remove him but left the door open to do so in the future.

What will happen at Wednesday’s hearing? Stay tuned.