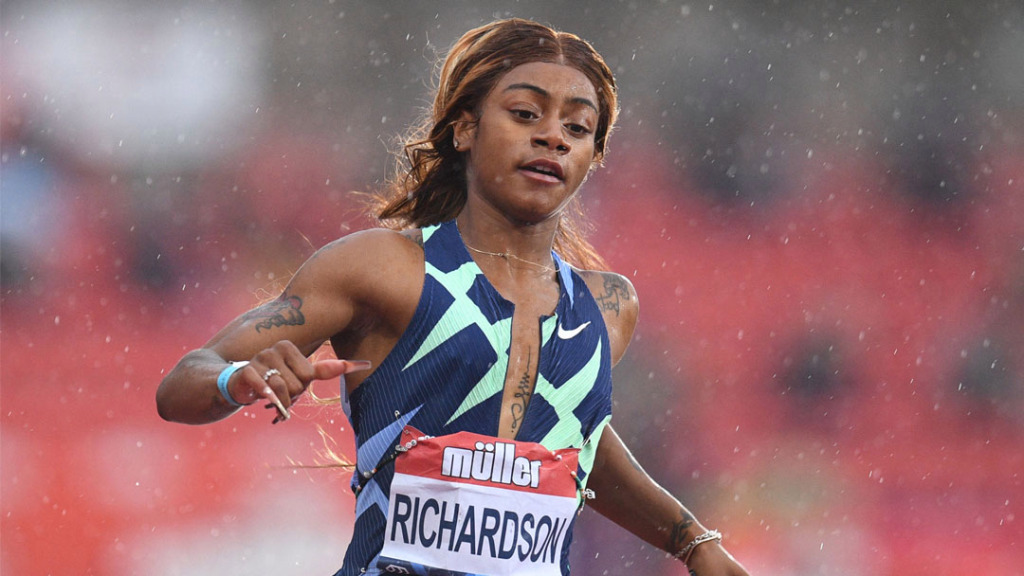 Following her win in the finals of the 100 meter dash at the U.S. Olympic Trials, Sha’Carri Richardson said her family is everything to her.

Right now, all of Dallas is Sha’Carri’s family.

Because, it started right here.

Sha’Carri got her diploma from Kathlyn Gilliam Collegiate Academy.

It’s a Dallas ISD school that has no sports, but gives athletes the right to compete at their home Dallas school.

Which was, in this case, Carter High School.

US sprinter Sha’Carri Richardson crosses the line in second place in the women’s 100m final during the Diamond League athletics meeting at Gateshead International Stadium in Gateshead, north-east England on May 23, 2021. (Photo by Oli SCARFF / AFP) (Photo by OLI SCARFF/AFP via Getty Images)

Her high school track coach Lauren Cross, says “it doesn’t matter where you come from. Doesn’t matter what you have. As long as you have the ability to work hard and dream big, you can get there”.

Cross started as head track coach at Carter High in Sha’Carri’s freshman season. And she knew she had something special right away. Lauren explains “I didn’t have to badger her. She knew when it was time to come on the track… practice….work hard and win”.

Richardson’s legacy is represented thru almost half a trophy case. And reaching the Olympics, passes the baton to others….. that anything is achievable. Carter High freshman, Inajia Jefferson, says “I was watching (Sha’Carri on television )….I was like….I can break records. That can be the next me”.

Going over a million Instagram followers since winning the 100 meter Olympic trials, DFW can celebrate its latest super star.

Closing her post race interview, Sha’Carri screamed “I’m going to Tokyo”. And We’ll all be there with Dallas’ Sha’Carri Richardson in spirit.