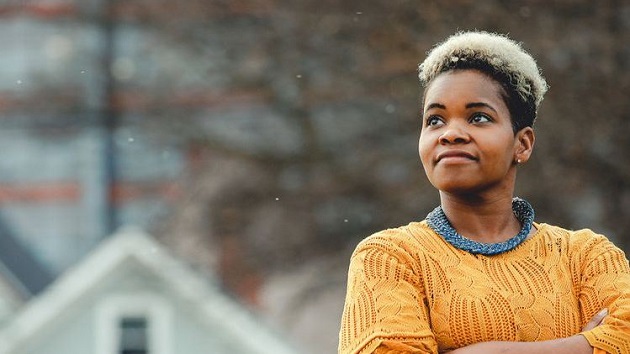 A high school dropout, she earned her GED at 19 while pregnant with twins, who were later born prematurely. Carless, she took the bus with her children to follow-up medical appointments for her babies, who were less than 2 pounds at birth. Inspired, she decided to become a nurse and later, a union representative and community activist.

Now, after defeating the four-term Democratic mayor of Buffalo in Tuesday’s primary, 38-year-old Walton is poised to become not only the first woman mayor of New York’s second largest city, but the first socialist mayor of a major U.S. city in decades.

“This victory is not mine alone. It’s a win for working people in every corner of Buffalo. Now we know what’s possible when we stand up to corporate Democrats and machine politics,” Walton said in a statement to ABC News. She was unavailable for an interview.

With his first presidential campaign in 2016, Vermont Sen. Bernie Sanders thrust “democratic socialism” into the mainstream political conversation. Since then, the progressive movement overall has taken off, and more narrowly, Democratic Socialists of America (DSA) have scored some high-profile wins, with endorsed candidates successfully challenging longtime incumbents tied to the establishment wing of the Democratic Party: Rep. Alexandria Ocasio-Cortez in 2018, Reps. Cori Bush and Jamaal Bowman in 2020 and now Walton this year.

Kutalik Cauthern estimated that around the end of Sanders’ 2016 campaign, the DSA had about 12,000 members and the average age of members was just north of 60. Fast forward to 2021 and the organization has chapters in every state and around 96,000 members whose average age is just 28.

In many ways, the national organization’s policy vision mirrors the Sanders’ campaign: “Medicare for All,” a Green New Deal and a commitment to the resurgent labor movement. Many members are also “strongly involved” in the “defund-the-police” efforts, Kutalik Cauthern added.

DSA only officially endorses candidates who self-identify as a democratic socialist. It’s why, according to Kutalik Cauthern, DSA hasn’t backed one of Sanders’ most prominent campaign surrogates, former state Sen. Nina Turner, who is running in Ohio’s 11th Congressional District special election this year. Turner has been endorsed the local Akron DSA and by other major progressive organizations, including Our Revolution, Justice Democrats and the Working Families Party, a critical supporter of Walton’s campaign.

And the DSA doesn’t do “paper endorsements,” Kutalik Cauthern said. “If we endorse someone, we go in … we mobilize. Our main strength is our ground forces.”

Republicans nationally seek to weaponize the “socialist” label against all Democrats, regardless of how progressive their policies are, but while the win-rate for DSA-backed candidates and referendums is good given how new the movement is, overall, it’s pretty low and the wins garnering the most national attention have been in solidly blue jurisdictions.

“The very fact that people who are openly identifying with democratic socialism are winning elections is relatively new for the recent period in the United States. So in that sense, it is significant,” said Sheri Berman, a political science professor at Barnard College with expertise in the history of the left.

In many cases, Berman added, these candidates are not just running against an establishment candidate, but are making anti-establishment arguments central to their campaigns. But when the areas they are running in are reliably Democratic, like Ocasio-Cortez in the Bronx, the question, according to Berman, is, “Is this something that has an appeal or an impact outside of areas that were going to be run by relatively progressive Democrats anyway?”

But while Berman told ABC News there hasn’t been a “major realignment in the electorate,” she said that the more democratic socialists are elected to office, “the more the Democratic Party has to take account of that.”

“We’ve seen that already … Sanders clearly was part of the reason why the Democratic Party moved to the left in 2020. We can see the influence of further left candidates in pressuring the Democrats to advocate for certain kinds of policies,” she said.

And in Somerville, Massachusetts, a progressive city that backed Sanders for president in 2016 and home-state Sen. Elizabeth Warren in 2020, the Boston DSA endorsed seven candidates for city council, including two democratic socialists who are already on the council.

Spencer Brown, co-chair of the Boston DSA, said that at the local level, voters are passionate about issues DSA-backed candidates advocate for, like affordable housing and working public transportation. He said that electing more democratic socialists to local office helps ignite the debates about these issues.

“It’s obviously much easier for — for lack of a better term — an insurgent movement or movement outside of the traditional establishment to begin to capture power at the local level. … That’s the place where a small but significant group of activists can make the biggest difference,” Berman, the Barnard professor, said, comparing it to the conservative tea party movement years ago.

While Berman believes that candidates openly identifying as democratic socialists, as opposed to just advocating for the policies without attaching oneself to that label, gives Republicans “something concrete” to point to to say that balance of power in the Democratic Party is far-left.

Brown sees it differently, telling ABC News that he thinks the GOP’s yearslong focus on branding “everything socialist,” has made the label less scary to most Americans but also led to a lot of confusion — and therein lies the opportunity for democratic socialists.

“It creates the space for us actual democratic socialists who believe, not just that we need to expand democracy in the political sphere, but that we need to bring those same principles into the economic sphere. It’s allowing us to really put forward our kind of bold ideas for how we can make this a better country for working people,” Brown said. “They’re being taken seriously. … These are ideas are popular.”

Editor’s note: This story has been updated to correct the number of candidates endorsed by the Boston DSA for Somerville City Council and the number of democratic socialists already elected to the council.

Pentagon now reports about 400 UFO encounters: ‘We want to know what’s out there’