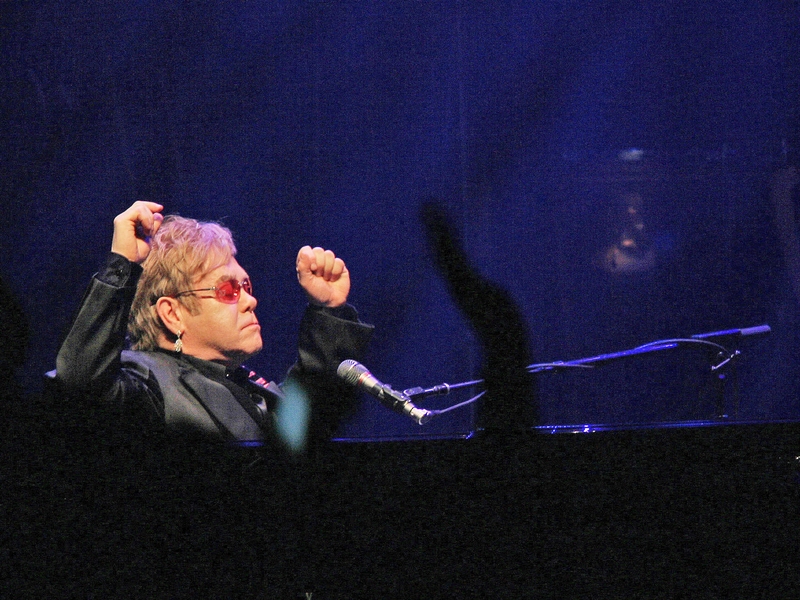 Elton John has announced his final North American dates, after being postponed due to the pandemic. Elton, who'll be on the road throughout Europe this fall, already has 45 dates on the books for North America between January and May 2022.

Elton posted a note to fans announcing his new International dates, which read:

Hello, all you wonderful fans out there. I’m coming to you today with an announcement I’ve been working towards for, well, all my life: The shows that I announce today will be my final tour dates ever in North America and Europe. I’m going to go out in the biggest possible way, performing at my very best, with the most spectacular production I’ve ever had, playing in places that have meant so much to me throughout my career.

Whether it’s next summer in Frankfurt or at the legendary Dodger Stadium for the grand finale in the United States, I can’t wait to see you all on the road one last time. This has been an incredible tour so far, full of the most amazing highs, and I look forward to making more wonderful memories with you at these final shows.

Upon announcing his "Farewell Yellow Brick Road" tour back in 2018, Elton John was asked why the trek needed to be such a long and major outing: ["My fans have always turned up to my concerts. It means a lot to me. I've been touring since 1970 — that's 48 years, and I've always managed to sell out concerts. So, it's a way of saying thank you, and it's a way of going out with a bang. I don't wanna go out with a whimper — I wanna go out with a big bang."] SOUNDCUE (:14 OC: . . . a big bang)

Elton explained to us what the upcoming tour symbolizes: ["It's the last time that I will be touring and traveling the world, because my priorities have changed in my life. 10 years ago, if you had said I'm going to stop touring, I'd have said, 'No, no — I'm a working musician I always play' — but, we had children and it changed our lives. And in 2015, David and I sat down with a school schedule and I said, 'I don't wanna miss too much of this.'"] SOUNDCUE (:28 OC: . . . much of this)

For the full "Farewell Yellow Brick Road" tour itinerary, log on to: https://bit.ly/3gQGepl

Elton John On Going Out With A Bang :

Elton John On Deciding To Quit The Road :