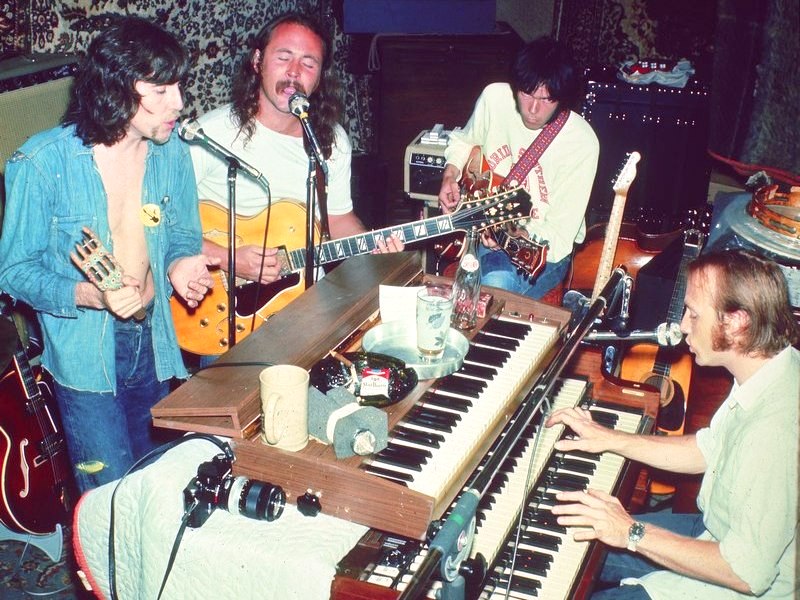 David Crosby revealed that an official Crosby, Stills, Nash & Young doc was in the works — only to have his statements walked back by both himself and the proposed director.

Crosby appeared on Sirius XM's The Howard Stern Show and revealed that Robert Zemeckis would be directing the doc, with Nigel Sinclair and Tim Sexton producing the project: ["Y'know, they’re gonna do a huge documentary on CSN. 'Gonna be directed by Zemeckis. There’s 10,000 hours of footage, man. (Laughs) No lack of stuff to work with. And we’ll do interviews for it. Y'know, I had a really good talk with the director. Zemeckis is a very, very, very smart guy, and, uh, he understands the situation and the lay of the land quite well. And we’ll see how it all plays out."] SOUNDCUE (:25 OC: . . . all plays out)

Variety quoted Zemeckis’ longtime reps at Rogers & Cowan PMK as saying, "Mr. Crosby’s conversation with Mr. Stern regarding the project — although undoubtedly enthusiastic — was premature. While there is interest from all parties, there is no official deal in place."

Crosby's spokesman also called the talks "premature" with the project still in the "talking phase": "There have been discussions, but there’s nothing concrete in place. It was a bit too early to speak about it publicly."