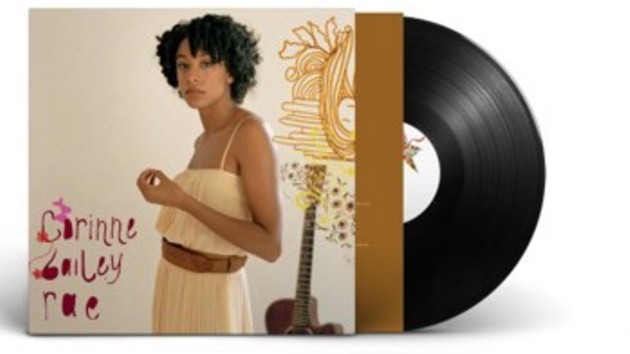 Corinne Bailey Rae is reissuing her self-titled debut album on vinyl on August 13, marking the first time it’ll be available on this format since its release in 2006.

The album, which has sold over four million copies worldwide, features the hit song “Put Your Records On.” A cover version of that song has lately become a big hit for Ritt Momney, the stage name of Utah singer/songwriter Jack Rutter.  Corinne completely approved of Jack’s version and even gave him some advice about dealing with sudden fame.

The success of “Put Your Records On” brought Corinne numerous awards and three Grammy nominations, including Record and Song of the Year and Best New Artist.

In addition to the original track listing, which includes “Put Your Records On” and three other singles — “Like a Star,” “I’d Like To” and “Trouble Sleeping” — the vinyl album will be issued with a bonus track called “Another Rainy Day.”  Two versions will be available: black vinyl and brick-red vinyl.