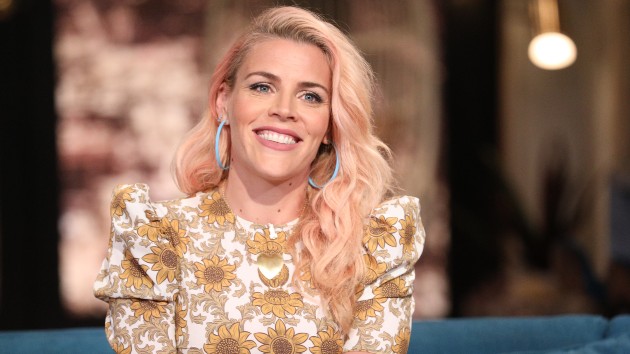 Busy Philipps has broken her silence about her Freaks and Geeks costars Seth Rogen and James Franco ending their decades-long friendship.

Philipps said she found it “interesting” Rogen stopped working with Franco, who has been accused by several women of sexual misconduct and on-set abuse.  During a recent interview with The Last Laugh podcast, she explained, “They were super-close and they had a very tight relationship.”

“I guess I was surprised,” the 42-year-old actress continued, but admitted she doesn’t have any inside knowledge of what happened between the two actors, other than that “Seth is married to a very f***ing smart woman.”

“I don’t have any information,” continued Philipps. “I can’t speculate on their friendship, but I wouldn’t want to work with someone who has multiple allegations of predatory behavior. So, in fact, I won’t.”

“Although, to be honest with you, I haven’t spent my days doing deep dives into what it all was,” she added, noting that she hasn’t worked with Franco in decades.

“I didn’t work with James past age 20, so I can only speak to the horrible behavior I experienced,” said the Girls5eva star.

Philipps was 19 when she scored a leading role on Freaks and Geeks and, in her 2018 memoir This Will Only Hurt a Little, claimed Franco physically assaulted her on set. The actress said Franco screamed in her face and threw her to the ground, knocking the wind out of her.

Because of what she allegedly experienced, Philipps said the accusations levied against Franco are “very believable” to her.

Rogen revealed to The Sunday Times in May that he’d cut ties with Franco.