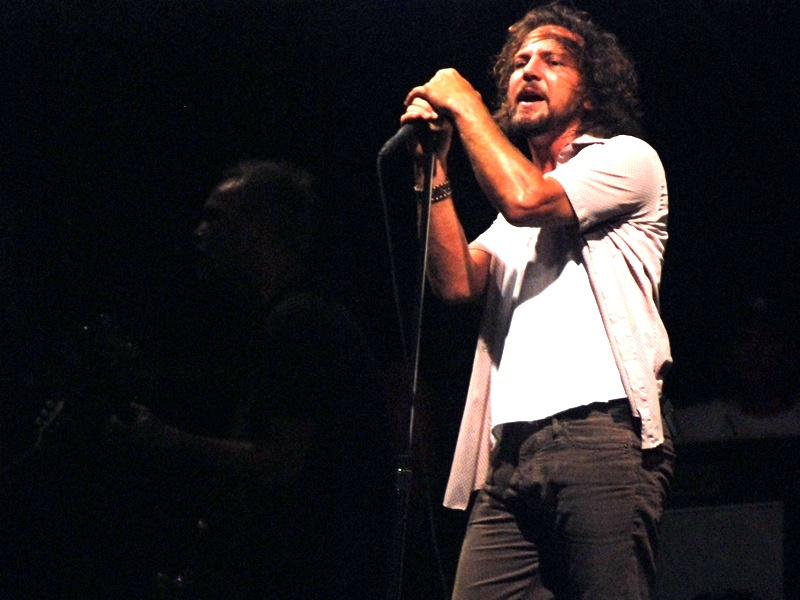 For Eddie Vedder, being singled out only caused him to cling even more tightly to the band dynamic, telling Classic Rock, "I felt that with more popularity we were going to be crushed, our heads were going to pop like grapes. I knew it wasn’t graceful, the way we were handling it. At the same time, it’s like being graceful in an alley fight. You’re just trying to get out of there alive. We held tight to each other and held tight to music.”

Guitarist Mike McCready revealed that the downshifting of the commercial elements to Pearl Jam didn't come from him: "The decision to pull back and to not do videos and to slow down interviews, it was all about (bassist) Jeff (Ament) and (guitarist) Stone (Gossard) and Ed thinking it was necessary. Ed was getting way more scrutiny than anybody. It was probably overwhelming for him. It was for all of us at the time."

McCready admitted he wanted the band to enjoy all the fruits of rock stardom, rather than pull back before things got out of hand, telling his bandmatesat the time: "'This is what we’ve wanted since we were kids. Let’s keep doing this. Let’s do videos, let’s keep going, let’s embrace this. . .' But they weren’t into it. They said: 'No, we’ve got to, because this is all gonna fall apart if we don’t.' And I think they were right. I feel like we’re still around today maybe because of that first major decision to try to do it our own way. We made a lot of decisions that were counter to what the record label wanted us to do."

Guitarist Stone Gossard told us why he thinks Pearl Jam remains strong after 30 years together: ["I mean, I think we all really respect each other. We've been together long enough that we know how lucky we are to be in this position. So I think there's a lot of gratitude in the band and a lot of like, when we show up together we're like, 'Wow, we have our own warehouse and we get to plug in our amps and we're gonna write some new songs and somebody cares about it and, y'know, we're gonna put a record out and we sold some tickets and . . . ' I mean, these things are not just things we take for granted, because we're totally aware of how fortunate we are."] SOUNDCUE (:25 OC: . . . fortunate we are)

Stone Gossard On Pearl Jam Being Grateful For Good Fortune :