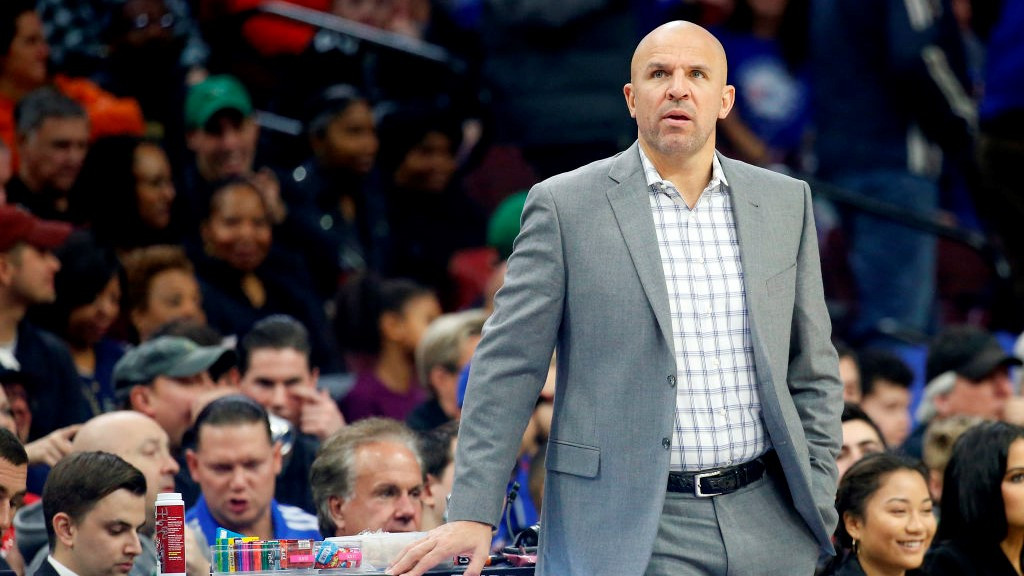 DALLAS (CBSDFW.COM/AP) — Jason Kidd is coming back to Dallas again, this time to replace the coach he won a championship with as the point guard of the Mavericks 10 years ago.

A person with direct knowledge of the agreement said Kidd and the Mavericks agreed on a contract Friday, eight days after Rick Carlisle resigned abruptly in the wake of general manager Donnie Nelson’s departure. The person spoke to The Associated Press on condition of anonymity because the deal hasn’t been announced.

Carlisle, who took the Indiana job Thursday, gave ESPN an unsolicited endorsement of Kidd for his old job because of the impact Carlisle thought Kidd could have on Luka Doncic, the sensational young point guard who carries the hopes of the Mavericks.

The Mavericks have also found Nelson’s replacement in Nike executive Nico Harrison, who will carry the titles of GM and president of basketball operations, the person told AP. Harrison was on board with the Kidd hiring, the person said.

It’s already the third head coaching stop for the 48-year-old Kidd, who took Brooklyn to the second round in his debut in 2013-14 before bolting for Milwaukee. Kidd was fired during his fourth season with the Bucks after first-round exits two of his first three years. He was 139-152 with the Bucks after going 44-38 with the Nets.

Kidd, who is coming off two seasons on Frank Vogel’s staff with the Los Angeles Lakers, had two stints as a player in Dallas, the second highlighted by the franchise’s only title when he directed the offense that ran through star Dirk Nowitzki. His career started with the Mavericks as the No. 2 overall pick in the 1994 draft.

A year and a half after being named Co-Rookie of the Year in 1995, Kidd was traded to Phoenix amid turmoil with teammates Jim Jackson and Jamal Mashburn, both selected fourth overall in the two years before Kidd arrived.

Now Kidd’s success in Dallas will depend how he develops Doncic, a two-time All-Star whose playmaking skills had Carlisle calling him one of the five best players in the world before the coach’s unexpected departure.

It could be considered Kidd’s second chance with a European superstar, although Giannis Antetokounmpo wasn’t yet a two-time MVP when Kidd was fired in Milwaukee. The “Greek Freak” did blossom into an All-Star under Kidd, whose hiring in 2014 under new ownership in Milwaukee cost the Bucks two second-round draft picks.

The first step for the Mavericks will be getting out of the first round of the playoffs, which they haven’t done since Kidd helped them beat LeBron James, Dwyane Wade and the Miami Heat in the 2011 NBA Finals. Doncic’s first two postseasons ended in the first round against the Clippers.

Tensions arose from fans seeking change after Dallas blew a 2-0 series lead against the Los Angeles Clippers in this year’s playoffs.

Harrison has been in Nike’s basketball division for nearly 20 years, rising through the ranks through relationships with stars such as the late Kobe Bryant. He’s also had interactions with Doncic through shoe contracts.

Cuban’s relationship with Nelson was a more traditional basketball arrangement, with Nelson’s expertise coming in player evaluation even though he held the title of president of basketball operations longer than that of general manager. Nelson’s roots were in Europe, where he discovered Nowitzki and Doncic as teenagers roughly 20 years apart.

Harrison’s background is more in marketing and building relationships, and fits the model some clubs have used in putting former agents in key personnel roles.

Nelson’s departure came amid reports of a power struggle in the front office. With the executive who once called him “our Jerry Sloan” gone, Carlisle didn’t hang around long.