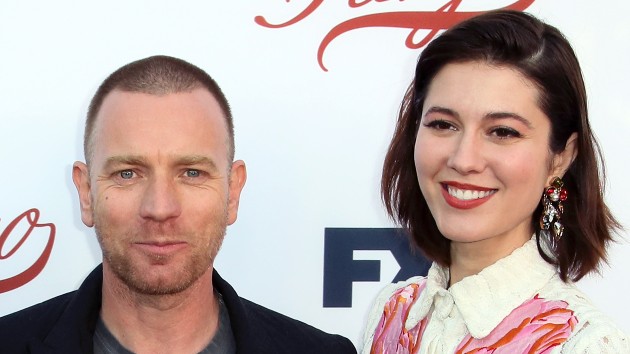 Ewan McGregor and his girlfriend Mary Elizabeth Winstead have welcomed a baby boy into the world.

The news was broken on Instagram posts from McGregor’s daughters, Clara and Esther. The newborn’s name is apparently Laurie, Esther noted.

“Welcome to the world little brother,” Clara posted captioned a photos of her nuzzling the newborn, along with a heart emoji. “Congratulations to my Dad & Mary – this is the greatest gift,” she continued.

For her part, Esther posted her own cute pics with the baby, noting, “Met my little brother looking like a pirate. I recommend!” She added, “Welcome to the family little Laurie.”

The baby is McGregor’s fifth child, and Winstead’s first.

Clara, 25, and Esther, 19, are McGregor’s daughters with his ex-wife, Eve Mavrakis. The couple, who were married for 22 years and officially split in 2018, also have two sons: Jayman, who is around 20, and Anouk, who is around 10 years old.

McGregor, 50, and Winstead, 36, starred opposite one another in Birds of Prey, and also played love interests on the TV series Fargo.

After an apparently rocky start, all seems well with the clan McGregor and the Star Wars star’s girlfriend. In an interview with the UK’s Sunday Times, Clara McGregor said she regretted calling Winstead “a piece of trash” in 2018, after her parents split. “There had been a lot building up to it and a lot to deal with, not to make excuses or anything, but, yeah, it wasn’t my finest moment,” Clara later said in her public apology.