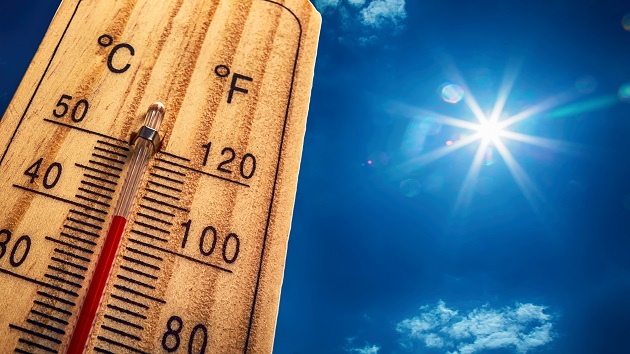 (SEATTLE) — Allan Apo’s home in Marysville — about 35 miles outside of Seattle — doesn’t have air conditioning, and the record-breaking heat wave in the Pacific Northwest “feels like living close to hell,” he told ABC News.

“A lot of people in this area don’t have air conditioning because it’s only needed a handful of days out of the year,” according to Mike Bornander of Metro Parks Tacoma.

Apo has a history of heart disease, so he’s been taking precautions. The family bought bags of ice because their refrigerator’s ice maker can’t keep up with how much they’re using.

“The heat wave is really affecting me,” he told ABC News. “I don’t want to load so much on my heart. When it’s too hot, your heart is working hard. So, you have to give it frequent rest, more fluid.”

He bought a small window unit for his bedroom when the heat wave hit, but even with the unit blasting, the 68-year-old said the temperature in his bedroom was 80 degrees overnight.

This heat wave sent temperatures climbing to 104 degrees in Seattle and 112 degrees in Portland on Sunday, breaking both cities’ all-time record highs. Monday is the hottest stretch of the heat wave for the region’s major cities — Seattle could reach 109 and Portland 115.

“It truly is life threatening and we’re not used to this, we’re not prepared for it,” Red Cross spokeswoman Betsy Robertson told ABC News, noting that many homes in the region are not equipped for extreme heat.

“The lucky few who have air conditioning are staying indoors, and for just about everybody else, they’re having to get very creative to keep their house cool, and hopefully seeking refuge outside of their home if it becomes too hot,” she added.

Tom Calabrese, who works in sales in Portland, has air conditioning. But the fan motor blew, possibly “because it was going 24/7,” he told ABC News.

Calabrese, a Portland native, was able to escape to stay with family as he waits for an available HVAC contractor — so far, they’re booked three weeks out, he said Monday.

A lifelong resident of the Pacific Northwest, Calabrese said he’s never experienced this before.

“Getting by in sales, it’s really hard because I’m in my car all day long. Today I couldn’t take it for more than three hours,” he said. “A lot of customers and companies are shutting down, half days now, ’til this eases up because the warehouses get too hot.”

Cooling centers have opened across Oregon, Washington and California.

In Wenatchee, in eastern Washington, the American Red Cross launched a cooling shelter at an ice rink to combat the “oppressively sweltering” heat, Robertson, of the Red Cross, said.

A handful of people stayed overnight while others came to cool off during the day, she told ABC News Monday.

Some relief is expected for Seattle and Portland starting Tuesday and heading into Wednesday. But the heat wave will continue for most of the week in eastern and central Washington, Oregon and California.

Click here for tips on how to stay safe during a heat wave.