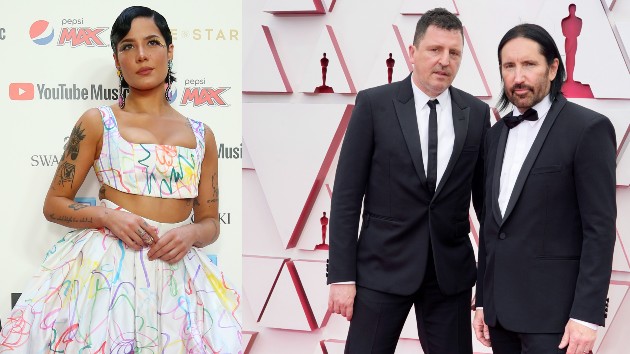 After weeks of teases, Halsey has confirmed her new album — and her unexpected collaborators on the project.

On Instagram, the pregnant singer wrote, “If I Can’t Have Love, I Want Power. The FOURTH album by Halsey. Produced by Trent Reznor and Atticus Ross.”

Trent Reznor and Atticus Ross are members of Rock and Roll Hall of Famers Nine Inch Nails, which Reznor founded in 1988.  In addition to their work with that band, Reznor and Ross are two-time Oscar-winning composers who’ve scored movies like The Social Network, Soul, Gone Girl, and The Girl with the Dragon Tattoo.

Halsey, who started out as an alternative artist, has always been open about her love for alternative rock and has collaborated with Bring Me the Horizon, Machine Gun Kelly, Yungblud and Travis Barker. In an interview with Vogue last November, she revealed that she wanted to record a punk album, but added that it “needs to come naturally.”