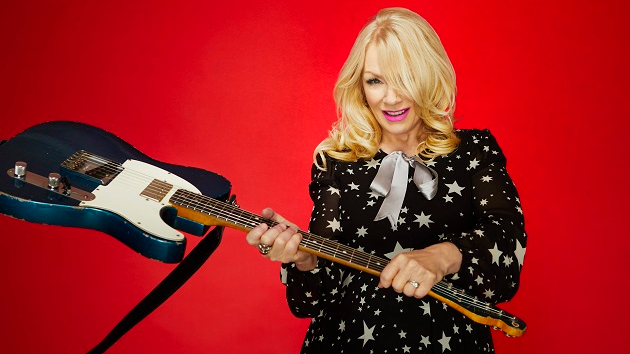 Heart guitarist and singer Nancy Wilson‘s recently announced special hometown concert with the Seattle Symphony at Seattle’s Benaroya Hall, which had been scheduled to take place on July 9, has been pushed back to October 30.

The decision to postpone the show came about after a large number of fans inquired about the possibility of more people being allowed to attend the event, which wouldn’t be feasible by July 9 because of current restrictions in place due to the COVID-19 pandemic.

“I want this concert to be a celebration for all my fans to be able to attend,” says Nancy in a statement. “We can’t gather here for a great night like that right now — but we are so close to the end of this terrible pandemic.”

She adds, “My hope is to share this music and my performance alongside the orchestra with as many people as possible. These extra months will make all the difference and give us a chance to get together and let go of the tough times we’ve had.”

As previously reported, the concert will feature Wilson performing newly arranged versions of select Heart classics, as well as songs from her debut solo studio album, You and Me, which was released in May.

Tickets to the rescheduled show will go on sale in mid-July, with more details to be announced soon.

Fans who already purchased in-person or livestream tickets for the original concert will receive an email soon about their available options. They also can contact the Seattle Symphony ticket office via the email tickets@seattlesymphony.org or by calling 206-215-4790.

The livestream broadcast of the show will be part of the symphony’s new cross-genre collaboration series, The Essential Series, and will be viewable via the Seattle Symphony Live streaming platform.