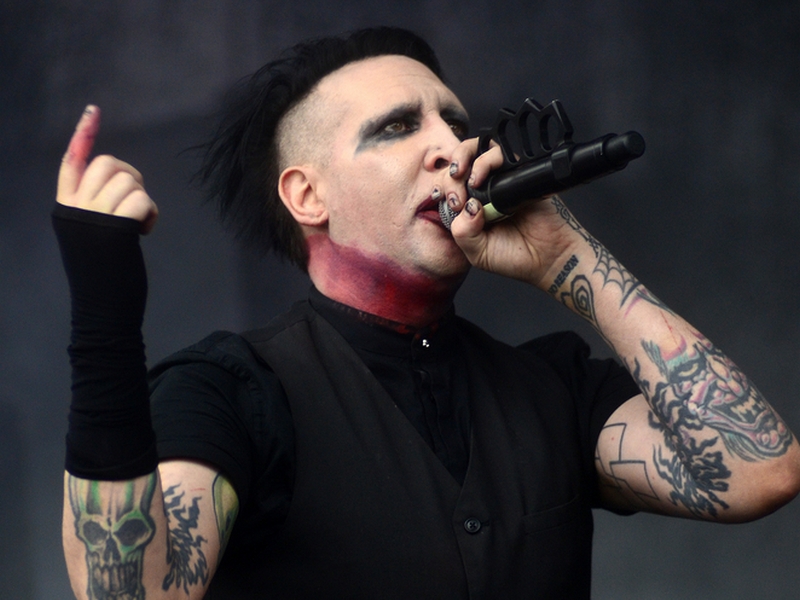 Marilyn Manson has reportedly agreed to turn himself in to authorities to face assault charges in New Hampshire involving a female videographer at a concert of his two years ago. A warrant was issued for Manson, whose legal name is Brian Warner, in October of 2019.

During his show on August 18th at the Bank Of New Hampshire Pavilion at Meadowbrook in Gilford, Manson spit directly on a camera being operated by one of the venue's videographers, and that image was project on the screens behind the stage. The videographer opted to press charges because she claimed some of the spit came in contact with her.

Manson reportedly plans to turn himself into police in Los Angeles and will be booked and released on bail with the condition under the condition that he have no contact with the victim in question.

Manson also currently faces multiple sexual assault lawsuits. More than a dozen women have made allegations against him over the past several months including his ex-fiancee, actress Evan Rachel Wood.