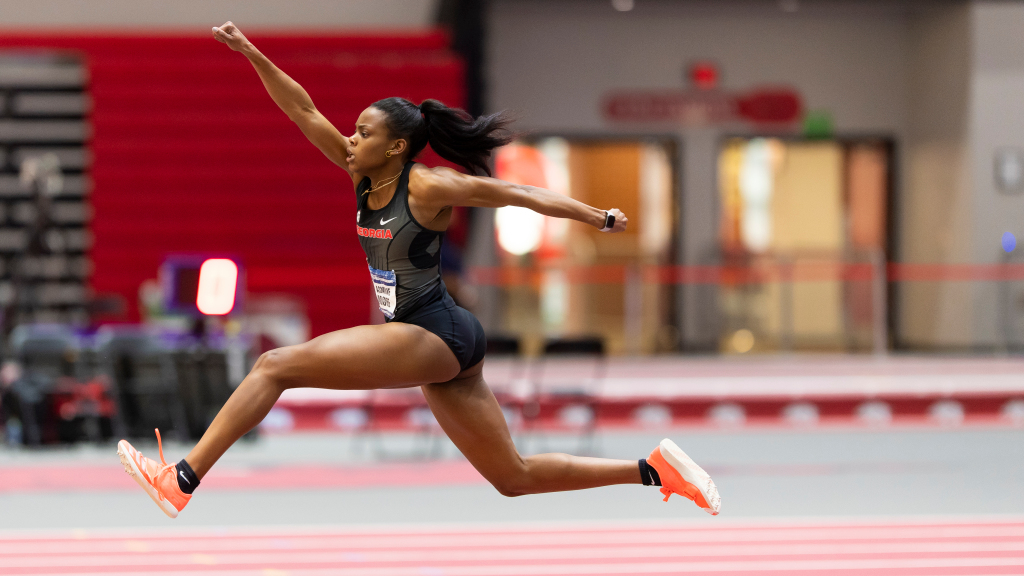 MANSFIELD, Texas (CBSDFW.COM) – Jasmine Moore has been primed for this moment.

At Mansfield Lake Ridge she was the Gatorade track and field athlete of the year.

Now bound for the Olympics in the triple jump makes her realize one thing.

Jasmine says “I just know I’m super blessed. God could’ve chosen anyone but he chose me”.

Jasmine chose to focus solely on track after being a world champion in cheer.

Now, she’s on the world stage again. never forgetting where her dreams began.

Moore admits “we stayed in Texas because the competition was so great and the education was great in Mansfield. Doesn’t get much better than that”.

Jasmine Moore competes in the triple jump during the Division I Men’s and Women’s Indoor Track & Field Championship at the Randal Tyson Center on March 13, 2021 in Fayetteville, Arkansas. (Photo by Andy Hancock/NCAA Photos via Getty Images)

Doesn’t get much better than having an entire wall at your high school dedicated to you.

Her track coach at Mansfield Lake Ridge, Lauren Jones explains “I’ve had very successful athletes other people that make it to the trials and the Olympics but none like Jasmine”.

Coach Jones still keeps a letter Jasmine wrote to herself about where she wanted to be in life a decade after graduating.

Part of the letter reads “in 10 from now I will have turned 28 years old. Graduated from college and gotten my masters degree. Praying I go to the Olympics. Lord please”.

Someone Moore wishes was around to see it, will instead serve as her guardian angel in Tokyo.

Her CLUB track coach on the North Texas cheetahs, Orlando McDaniel, passed away from Covid at the onset of the pandemic, Jasmine says.

“It still doesn’t feel real that he’s gone and I’m always thinking about him. When I compete, it definitely does hurt. But, I know he’s super proud of me and this is a goal he always knew I could accomplish”.