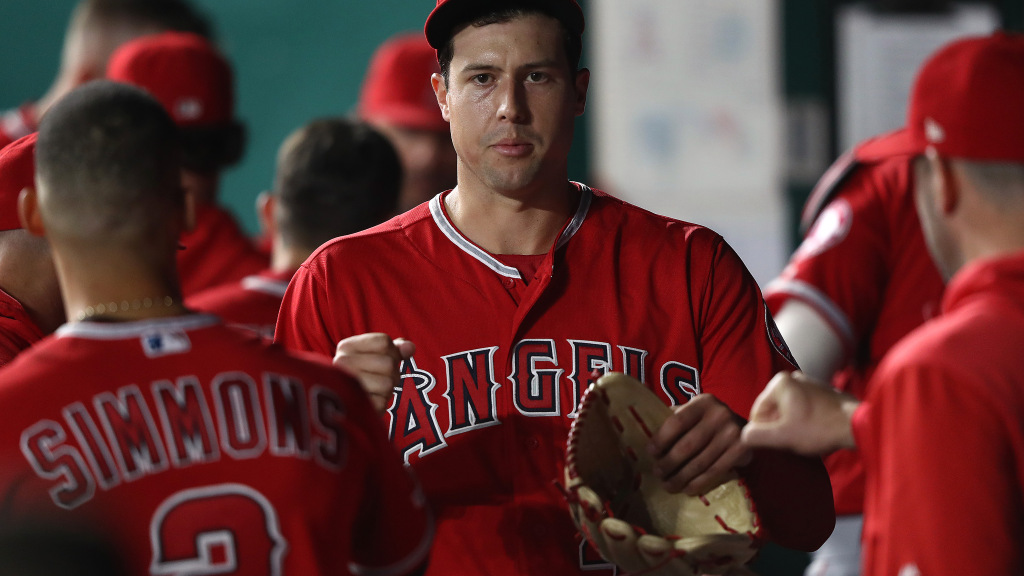 The lawsuits — filed by Skaggs’ parents in Texas and his wife in California — name the Angels organization as well as former Los Angeles communications directors Tim Mead and Eric Kay as defendants.

Neither complaint specified how much money the family is seeking.

Skaggs, 27, was found dead in his Southlake hotel room on July 1, 2019, before the start of what was supposed to be a four-game series against the Texas Rangers.

Kay was indicted by a federal grand jury in October on drug charges for allegedly providing Skaggs with the drugs that caused his overdose death.

Kay was charged with drug distribution and drug conspiracy in Skaggs’ overdose death, according to the indictment in Fort Worth, Texas. The charges carry a maximum of a life sentence and 20 years in prison, respectively. His trial is set to begin Aug. 16.

A coroner’s report said Skaggs had choked to death on his vomit with a toxic mix of alcohol and the drugs fentanyl and oxycodone in his system, which Kay was accused of providing.

Kay was the Angels’ director of communications, and he served as their public relations contact on many road trips. He was placed on leave shortly after Skaggs’ death, and he never returned to the team.

Mead was Kay’s boss, and the lawsuits allege that Mead knew about Kay’s issues with drug addiction, including that he was distributing drugs to players.

“In spite of this knowledge, the Angels continued to allow Kay to have unrestricted access to the players and even permitted him to accompany the team when it traveled for away games,” the suit says.

Mead left the Angels in April 2019 to become President of the National Baseball Hall of Fame and Museum. Mead left the Hall in May 2021, saying in a statement that “these last 22 months have been challenging in maintaining my responsibilities.”

Team officials have said they had not been aware that Skaggs was an opioids user and didn’t know any employees were providing drugs to players.

“As you might expect, the decision to file these complaints has been a very difficult one for Tyler’s parents and his wife,” said the family’s attorney Rusty Hardin. “Nothing will ease the pain and heartache of losing their only child and, for Carli, her husband and soulmate. But they want to get to the bottom of the circumstances surrounding Tyler’s tragic, untimely and completely avoidable death, and to hold the individuals and entities — including the Angels — accountable for the actions that contributed to it.

The Angels released the following statement on the matter:

“The Angels have been informed that a civil suit has been filed by the Skaggs family,” said Angels spokesperson Marie Garvey.

“In 2019, Angels Baseball hired a former federal prosecutor to conduct an independent investigation to comprehensively understand the circumstances that led to Tyler’s tragic death. The investigation confirmed that the Organization did not know that Tyler was using opioids, nor was anyone in management aware or informed of any employee providing opioids to any player.

The lawsuits are entirely without merit and the allegations are baseless and irresponsible. The Angels Organization strongly disagrees with the claims made by the Skaggs family and we will vigorously defend these lawsuits in court.”