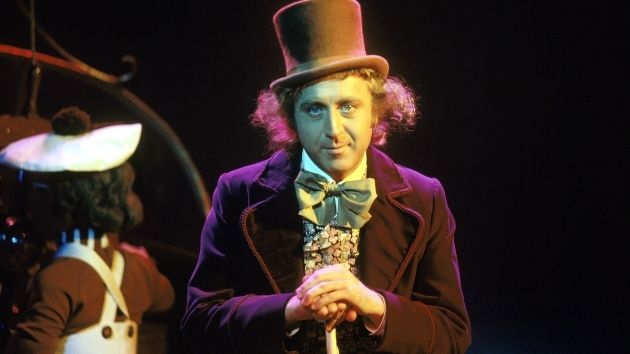 50 years ago today, Willy Wonka and the Chocolate Factory opened in theaters.   To celebrate the mega milestone, four of the film’s original cast members joined together to honor the beloved classic.

Peter Ostrum, who starred as ingenue Charlie Bucket, sat down with Entertainment Tonight to reflect on the movie’s 50th anniversary, which was adapted from the 1964 Roald Dahl book.  He was joined by Julie Dawn Cole, Michael Bollner and Paris Themmen — who played Veruca Salt, Augustus Gloop and Mike Teavee, respectively.

Ostrum reflected on the movie’s long-lasting legacy, despite the film being met with lukewarm reviews when it premiered.

“It just continues to have a life of its own,” he grinned, referencing the 2005 reboot that starred Johnny Depp and the upcoming Wonka origin series featuring Timothée Chalamet.

All four cast members also reflected on the late Gene Wilder, who played Willy Wonka, and agreed his performance will be hard to beat.

“Let’s face it, Gene Wilder, in particular, is a pretty amazing performance to have to be measured against,” Themmen said.

The cast also reminisced about walking on the fantastical set for the first time, with Themmen grinning, “All of it was pretty much the way you would expect that it was, especially the chocolate room.”

Speaking of chocolate, Bollner recalled performing the movie’s most dangerous stunt — falling into the “chocolate river” and getting sucked up in a giant tube.

Noting that the water was “cold and stinky,” Bollner divulged, “They put the tube around me with a crane and put the water… up to my mouth, and I was totally stuck in the tube. I couldn’t move anything and the guys around me, I had to depend on them that they would stop the water at the right time, otherwise I would have definitely drowned.”