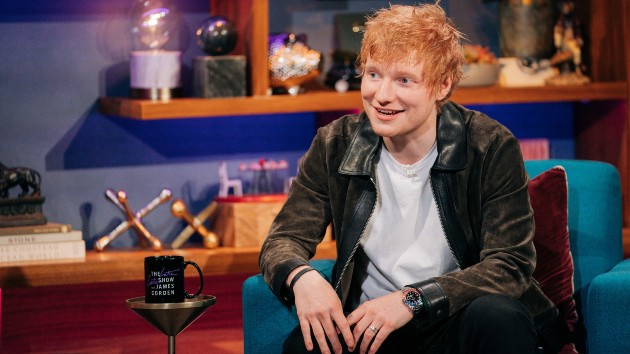 Ed Sheeran recently revealed that he reached out to U2‘s Bono for advice about mixing fatherhood and music. But yesterday, he was seen casually chatting about being a dad with someone who’s even more high profile: Prince Harry.

As Hello! magazine reports, both Ed and Harry — also known as His Royal Highness The Duke of Sussex — attended a private party at London’s Kew Gardens that celebrated seriously ill kids who were being honored by the British children’s charity WellChild.

Ed and Harry both spent time chatting with the kids, but afterward, they compared notes: Ed and his wife, Cherry, welcomed their daughter Lyra Antarctica nearly a year ago, while Harry and wife Meghan just had their second child, daughter Lilibet Diana, on June 4.

“Congratulations, a girl right?” Ed asked, according to Hello! “We just had a little girl 10 months ago now. You’re still in the trenches now! How do you manage with two?”

In the seemingly endless rounds of interviews Ed has been doing to promote his new single “Bad Habits,” he’s shared how becoming a father has changed him, and how he’s now living a much healthier lifestyle.