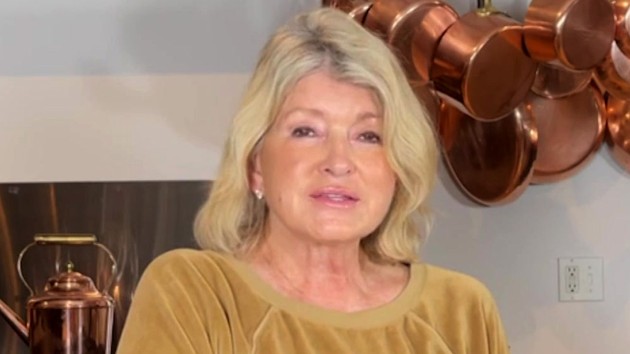 Martha Stewart revealed Wednesday that she is on bed rest after injuring her Achilles tendon.

Taking to Instagram, the 79-year-old lifestyle guru admitted her latest update was “not the prettiest photo nor the happiest back story” and shared a photo of her heavily bandaged ankle.

“Bad timing all around,” said Stewart. “Ruptured my Achilles’ tendon a while ago. Tried to get it to heal on its own to no avail.”

The Meatless author explained that she underwent a three-hour surgery the previous day “to repair the damage” and is now “recuperating at home.”

“I have been ordered to lay still with leg elevated for two weeks. After that another two to four weeks of crutches. Then maybe some more normal activity,” continued Stewart, who then described how she managed to injure herself.

“Most such ruptures occur when dancing or playing sports. Mine was caused by a surprise step into a hole in the dark getting out of the car,” Martha lamented before shouting out her doctors for “attempting to make me whole again.”

Several of Martha’s famous friends were quick to send in their well wishes, including Drew Barrymore, Ellen Pompeo and celebrity chef Geoffrey Zakarian.

“Glad to hear you are on your way to a full recovery,” wrote Pompeo, who referenced her long-running medical drama Grey’s Anatomy in her encouraging note. “Lots of love from your favorite fake doctor.”

Barrymore left Martha a cheeky pick-me-up with her comment, which read, “Your [sic] still so sexy !!! so so so sexy!”