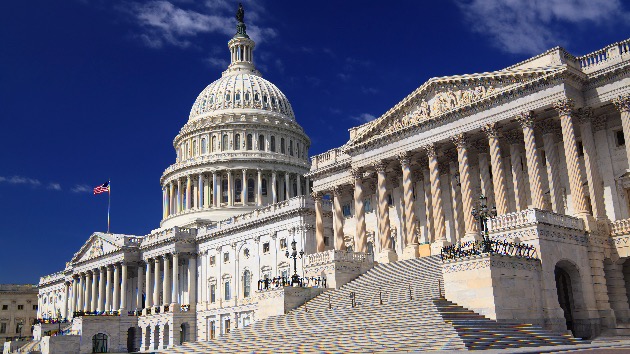 (WASHINGTON) — House Speaker Nancy Pelosi has announced Republican Rep. Liz Cheney will serve on the House select committee to investigate the Jan. 6 attack on the Capitol.

“We are very honored and proud she has agreed to serve on the committee,” Pelosi said Thursday.

At her press conference on Capitol Hill, Pelosi also announced House Homeland Security Chairman Rep. Bennie Thompson, D-Miss., will serve as the chair of the committee, which was widely expected.

The other Democrats tapped by Pelosi to serve on the committee are Reps. Zoe Lofgren, Adam Schiff, Pete Aguilar, Stephanie Murphy, Jamie Raskin and Elaine Luria.

House Minority Leader Kevin McCarthy, in a press conference following Pelosi, downplayed reports that he’s threatened GOP members with taking away committee assignments if they were to accept a select committee position and questioned Cheney’s place in the Republican Party when given the chance.

“I was shocked that she would accept something from Speaker Pelosi. It would seem to me, since I didn’t hear from her, maybe she’s closer to her than us,” McCarthy said.

Cheney, who has been an outspoken critic of former President Donald Trump in the wake of the attack and stripped of her No. 3 GOP leadership role earlier this year, said in a statement she was “honored” to be named though she did not appear with Democrats on Thursday.

“Those who are responsible for the attack need to be held accountable and this select committee will fulfill that responsibility in a professional, expeditious, and non-partisan manner,” she said. “Our oath to the Constitution, our commitment to the rule of law, and the preservation of the peaceful transfer of power must always be above partisan politics.”

Later, appearing informally with the other members chosen by Pelosi, Cheney was asked if she would lose her committee assignments. She said she has not been told that at this time.

“We have an obligation to have a sober investigation of what happened leading up to the attack on the Capitol on that day,” she said.

The House approved a resolution Wednesday to green-light the creation of a select committee after a vote for a bipartisan, independent commission — similar to one formed after the Sept. 11 attacks — failed to pass the Senate earlier the month.

The resolution required a majority vote in the House for the committee to be formed and it passed mostly along party lines — other than Cheney and Rep. Adam Kinzinger, R-Ill., breaking from Republicans.

“As we enter the Fourth of July weekend to observe the birth of our nation, we do so with increased responsibility to honor the vision of our Founders and to defend our American Democracy,” Pelosi said in a statement announcing her committee choices.

As for whether McCarthy will cooperate and to which members he would select to the committee, he told reporters Thursday, “When I have news on that, I’ll give it to you.”