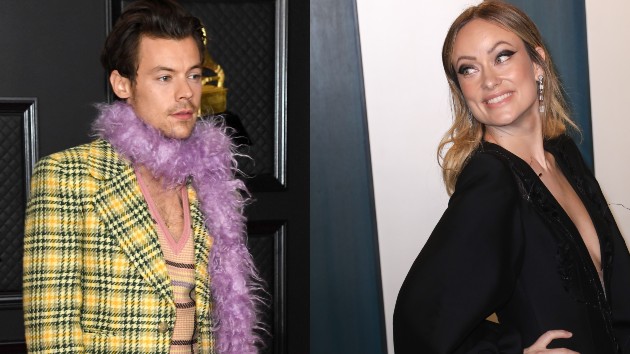 Neither Harry Styles nor Olivia Wilde have publicly commented on the rumors that they’re dating, but as they say, a picture is worth a thousand words.

As Page Six reports, the two were photographed walking arm in arm on Wednesday in Porto Ercole, a seaside town in Tuscany, Italy.

A source dishes that Harry was “taking a break” in the town after he finished filming his latest movie, My Policeman, in England.  The source also claims that Olivia had been in England as well, seeing her children Otis and Daisy, who were there with their dad, her ex-fiancé Jason Sudeikis.  She then flew to Port Ercole to join Harry.

Harry, 27, and Olivia, 37, were first linked in January after she directed him in the movie Don’t Worry Darling. Since then, they’ve kept their relationship under wraps, but at one point in February, Page Six reported that Olivia was seen moving some belongings from the house she once shared with Sudeikis to Harry’s place.

Olivia and the Ted Lasso star split up in November of 2020.