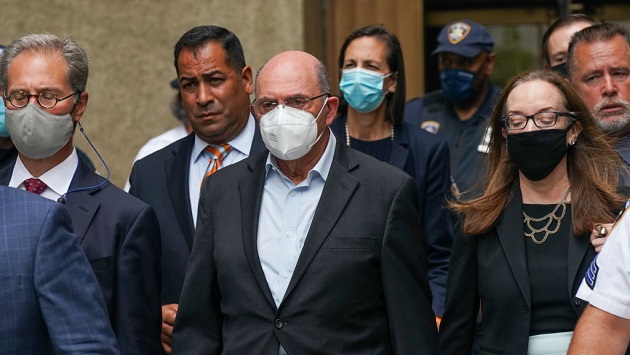 Weisselberg allegedly benefitted from the scheme to the tune of $1.7 million, Dunn said.

“During the operation of the scheme, the defendants arranged for Weisselberg to receive indirect employee compensation from the Trump Organization in the approximate amount of $1.76 million … in ways that enabled the corporate defendants to avoid reporting it to the tax authorities,” the indictment said.

Weisselberg arrived at the Manhattan District Attorney’s office with his lawyer hours after a grand jury on Wednesday voted to indict him and the Trump Organization on the charges, which include grand larceny, criminal tax fraud, conspiracy and falsifying business records.

The indictment said that beginning in 2005, Weisselberg used the Trump corporation’s bank account to pay the rent for his apartment and his utility bills, and to cover nearly $360,000 in upscale private school payments for his family and nearly $200,000 in luxury car leases.

“Weisselberg intentionally caused the indirect compensation payments to be omitted from his personal tax returns, despite knowing that those payments represented taxable income and were treated as compensation by the Trump Corporation in internal records,” said the indictment.

Trump has called the investigation a politically motivated “witch hunt,” and said that the Manhattan District Attorney Cy Vance and New York Attorney General Letitia James are pressuring Weisselberg to lie against him. When asked if he thought Weisselberg would cooperate, he told ABC News, “No.”