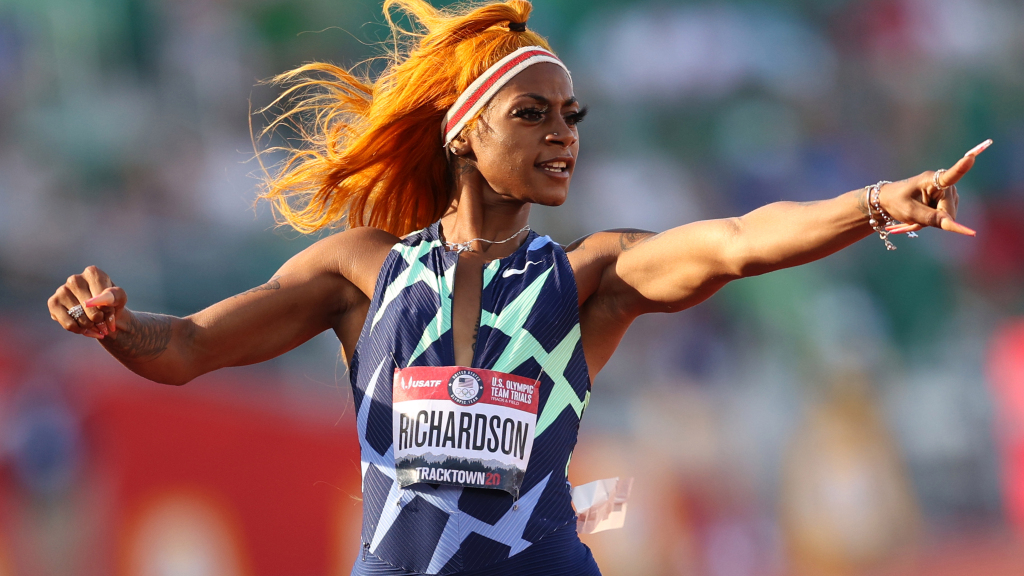 (CBS SPORTS/CBSDFW.COM) – American sprinter who grew up in Dallas, Sha’Carri Richardson has reportedly failed a drug test, which could result in the 21-year-old standout missing some or all of the Tokyo Olympic events she qualified for, CBS Sports reports.

Sha’Carri Richardson runs and celebrates in the Women’s 100 Meter semifinal on day 2 of the 2020 U.S. Olympic Track & Field Team Trials at Hayward Field on June 19, 2021 in Eugene, Oregon. (Photo by Patrick Smith/Getty Images)

A positive test result would disqualify her U.S. Olympic Trials performance, and she could be suspended from competition by the World Anti-Doping Agency.

They reported that due to the positive test, her U.S. Olympic Trials performance was disqualified and she is set to miss the Tokyo Games.

Tyler Dragon of the Enquirer tweeted that she did not use steroids and is facing a 30-day suspension for testing positive for marijuana.

According to Dragon, she will likely be suspended while the 100-meter event is taking place at the Olympics, but she could still qualify for the 4x100m relay.

The Jamaica Gleaner reported she could face anywhere from a one- to three-month ban for the failed test, which was done at the U.S. Olympic trials.

Her 100m U.S. Olympic Trials win has been provisionally disqualified.

Jenna Prandini, who came in fourth in the event at the trials, is expected to replace her if the disqualification stands.

It’s a Dallas ISD school that has no sports, but gives athletes the right to compete at their home Dallas school.

Which for Richardson was Carter High School.