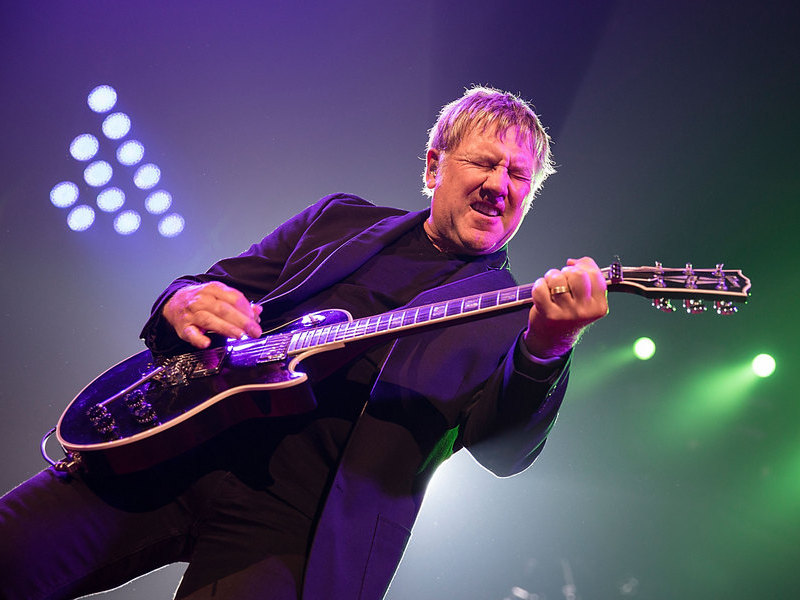 Rush's Alex Lifeson teamed up virtually with Metallica‘s Kirk Hammett and Rage Against the Machine‘s Tom Morello, for a new project of Morello's. Lifeson told Ultimate Classic Rock, “I think this is a project that he’s working on with a bunch of different musicians. I don’t really know what the future holds for it, but I really loved doing it.”

Lifeson explained that Morello sent the tracks to him and Hammett and was pretty vague as to what he should add, with Lifeson recalling, “He said, 'Put whatever you want on it — the more the merrier.' He was going to give it to Kirk Hammett, and Kirk was going to do the same thing. Being the contrarian, I did all of (these other styles), not just heavy rock stuff. We were all talking to each other while we were doing it, and we just had such a riot. I sent my stuff in and it went to Kirk then, and he sent his stuff in.”

Lifeson said he was pleased by the rough mix he heard of the track: “It’s really some fun music. It’s so Tom Morello, his parts. I just smiled the whole way through listening to it. I thought it was really, really cool the way it turned out. . . I’m hoping that he might have something else to send along.”

A while back, Alex Lifeson explained to us that although Rush had always been the primary source of his music output, at times he needed to create away from the band: “For me, what I did in Rush was just what I did, and what I’ve done, since I was 15-years-old. And that was my life and my way of life. And to separate myself a little bit from that and understand more clearly what I am as a person and who I am as a musician was really important, and it was something that I really needed. I think I just got away from that a little bit, and this just reinforced that idea, that music is very, very important, and the guitar is just so important to me as a vehicle for my imagination and creativity. And you forget those things, y'know, you get a little jaded, I guess.”

Alex Lifeson on why he recorded solo :