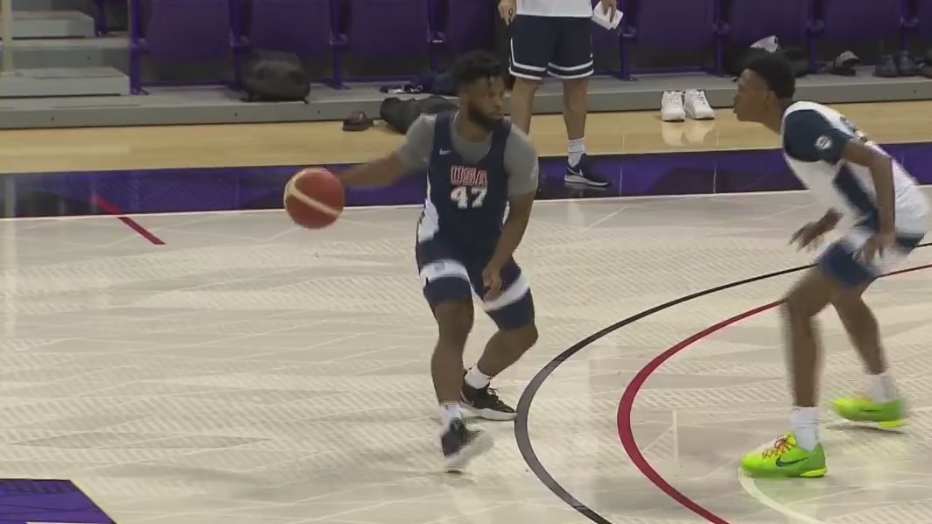 (CBSDFW.COM) – The Dallas-Fort Worth area is well represented on the Team USA 19 and under basketball team that’s competing in the FIBA World Cup.

First off, TCU’s Jamie Dixon is the head coach. His soon-to-be sophomore guard Mike Miles is also on the roster.

With the team competing this weekend in Latvia, Miles, who went to Lancaster High School, will be the first to tell you his world just expanded.

Accordingly to Miles, “I just got my passport last month. This will be my first time going outside the United States.”

Harrison Ingram is also a name that’s starting to travel inside and outside the country. He’s the only graduating high school senior from DFW and made the team from St Mark’s School of Texas. He was a McDonald’s All-American and heads to Stanford this fall.

That should inspire other kids, too.

Ingram says, “In any sport you play, you don’t have to go to the best school to show who you are. What you get… what you deserve… will always come to you.”

Harrison’s former AAU coach, Vonzell Thomas, reminds other young folks to “Keep their eyes on their goal. They can make it from any institution… any school and be in his same shoes.”

The two guys who could represent an all Dallas-Fort Worth back court — and could be the difference in Team USA winning a gold medal — say this experience has already helped them tremendously.

Miles states, “I know I can be a leader and I’ve been leading since the first day of practice.”

Ingram says of the team’s practices, “NBA scouts were there. NBA media was there. It proves that you can still be yourself and still be effective with other good players on the court too.”