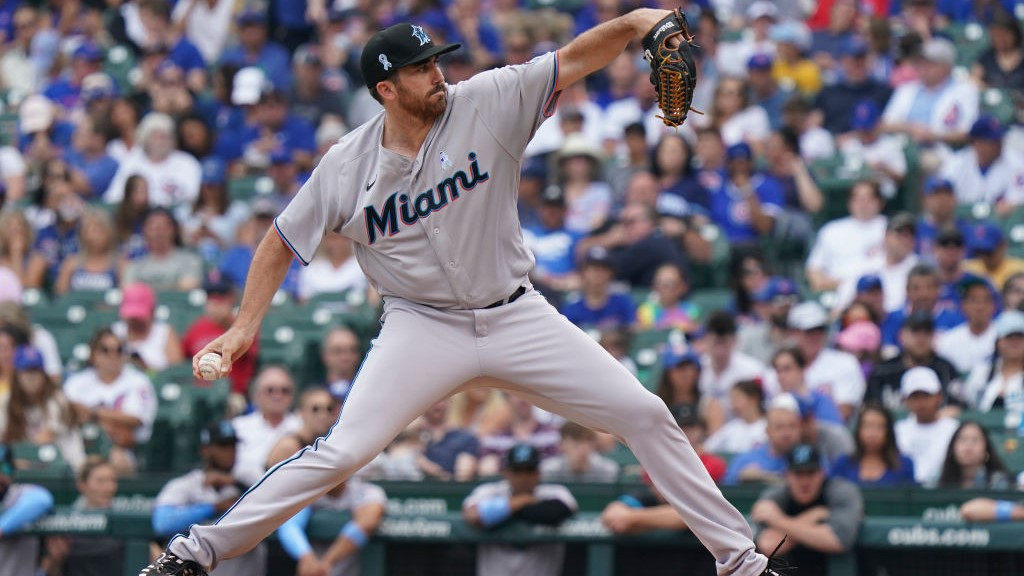 (CBSDFW.COM) – “I’m on cloud nine every single day that I’m here. I’m living it to the fullest and I just try to enjoy it every single step of the way,” says Miami Marlins rookie pitcher Zach Thompson.

His father, Bill Thompson, says, “He’s wanted this for so long and we’re incredibly happy for him. It’s really fun watching his dream come true because he’s worked so hard for all these years.”

Thompson is a 27-year-old rookie from Dallas-Fort Worth, who spent seven years in the White Sox organization.

Never getting to spend one day on baseball’s highest level, he joined Miami and now has five starts under his belt, including one recently where he had 11 strikeouts.

He has no problem explaining the difference between life in the minors and the majors.

Zach says, “Just the pay you get, the food, the travel, that shows an entirely new level of dedication than most other things in the world.”

When asked about the difference between minor league food and major league food, he responded, “Your food in the minors is stopping at a gas station to get Wendy’s at two o’clock in the morning. In the majors, you’re not on a bus, you’re on a plane and they say we have three options for you, and we’ll have stuff when you get to the field, and you’re like ‘what is this?’”

What makes Zach’s big break even more impressive is the hunger he’s shown to stick with it. Going back to his days of playing baseball at Grace Prep Academy in Arlington and then all of a sudden a lightbulb went off for him when he began his college career at the University of Texas at Arlington.

He says, “My brother was drafted by the Rangers when I was a freshman. I really wanted to play golf. Once he went, I said maybe if he goes, I have a shot.”

Thompson’s love affair with America’s pastime goes back to when he was little kid in Burleson. Now, he can pass it on. On Father’s Day giving up no hits in four innings to the Cubs, a day after celebrating his daughter’s first birthday.

But it was his wife who gave Zach the most profound advice he’s every received.

In his words, “I wanted to quit because it was so hard and she said, ‘No. You’ve worked your entire life for this and you’re gonna keep pushing forward.’ The support they’ve given me is unbelievable.”

Caty Thompson, Zach’s sister, says, “Ever since I was born, I’ve been at baseball games, so getting to watch him on the TV I’m just so happy for him.”

It’s that support that Zach takes with him every time he steps onto the mound.

DFW’s own Zach Thompson is an ultimate example of never tossing your dreams aside.

His lasting message is “If you’re not giving 100 percent, what are you doing? That’s what I’ve been trying to do for as long as I can. And I know there’s a ton of people who can do the exact same thing.”