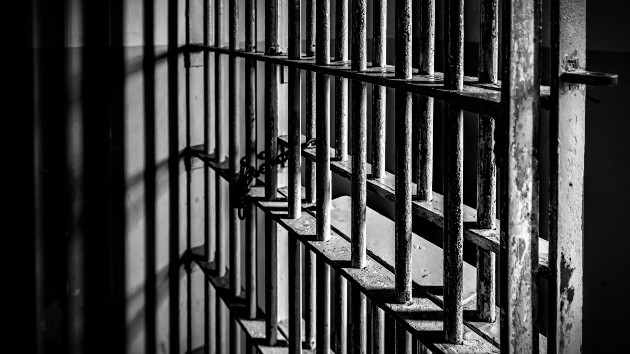 (HONG KONG) — American corporate lawyer Samuel Phillip Bickett was given a term of four months and two weeks for assaulting a police officer in Hong Kong during a period of citywide unrest about 18 months ago.

The 37-year-old has been in custody since July 22, when a Hong Kong magistrate found him guilty of assaulting Senior Constable Yu Shu-sang in December 2019. Bickett was denied bail.

In a statement seen by ABC News, Bickett said he would appeal the “outrageous” verdict and “will not rest until justice is done.” The trial’s outcome, he added, is “entirely unsupportable by both the law and the evidence in this case.”

A State Department spokesperson said the United States was aware of Bickett’s case and that it was working to provide consular assistance: “We take seriously our responsibility to assist U.S. citizens abroad, and are monitoring the situation.”

Bickett, a former compliance director at Bank of America, reportedly was on his way to dinner when he tried to stop a man from attacking a commuter at an underground train station.

That man, it turned out, was an off-duty police officer who said he was using a baton to try to stop a turnstile jumper. At the time, Hong Kong officers were allowed to carry retractable batons during off-the-clock hours because of the ongoing protests.

Bickett claims the officer was threatening commuters and that he intervened in an attempt to prevent someone from getting hurt.

In his statement, Bickett said that in Hong Kong’s judicial system “rulings suggest a willful abandonment of fundamental legal principles by this magistrate, and make me sad for the state of rule of law in this city.”

Bickett’s case takes place amid a tense political backdrop. There have been a slew of arrests and prosecutions since last summer when Beijing imposed a national security law in the city, where crackdowns have affected a number of key sectors.

Last month, the city’s only remaining opposition newspaper, Apple Daily, was forced to close after the government froze its assets and arrested a handful of executives.

On Wednesday, Amnesty International said that Hong Kong is “on a rapid path to becoming a police state.”

The remarks came after the city’s former security secretary, John Lee, was promoted to Hong Kong’s second-highest job, while Lee’s post was handed over to police head Chris Tang.

Hong Kong leader Carrie Lam repeatedly has denied that the former colony’s freedoms and autonomy — meant to be guaranteed when the U.K. handed it back to China in 1997 — are being diminished.

But whether that assurance is enough for the American and international businesses, families and individuals who remain in Hong Kong remains to be seen.

A survey of members conducted by the chamber in May indicated that some 42% are considering leaving, but, as Joseph noted, Hong Kong remains a vital economic center: “For many sectors, Hong Kong remains an important business hub. Many companies will try to adjust to a new normal.”