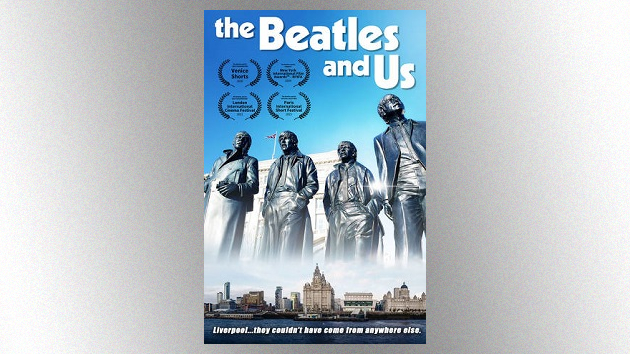 The Beatles and Us, an award-winning short documentary about the relationship that the city of Liverpool, England, had and continues to have with its most famous native sons, The Beatles, is now available as a digital download and via streaming platforms.

The film offers a profile of Liverpool and looks at how its history, traditions and culture helped shaped the members of The Beatles. The movie also examines the band’s influence on the city, its music scene, tourism industry and more.

The Beatles and Us features interviews with various Liverpool residents reflecting on the Fab Four’s impact on the northern U.K. port city and recalling their experiences meeting or seeing the group’s members.

“I suppose I’m biased, given my family are from Liverpool, but I do think it’s a special city,” says the film’s director, Chris Purcell. “Quite different to anywhere else in the U.K., it’s a quirky, off-kilter kind of place that has its own singular character. Coming from a town like that gave The Beatles, who were already magically blessed with the right combination of talents, just the edge they needed to conquer all before them.”

The flick won the Best International Documentary prize at the Venice Shorts film festival, and was selected as a finalist at the New York International Film Awards.

Visit Beacons.page/LiverpoolWest to check out options to rent and view the film.