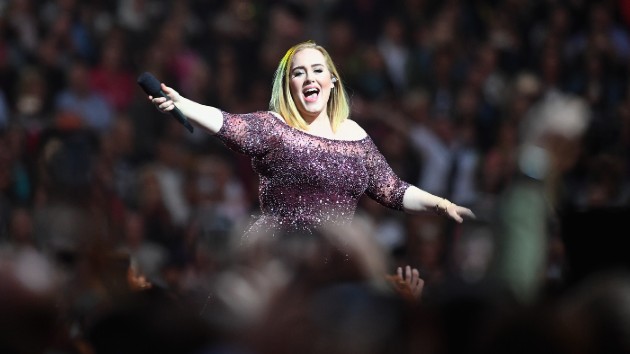 Adele may be a global superstar, but she’s also just a girl from London.  And she, along with her fellow Brits all over the world, lost her mind when England’s soccer team defeated Denmark on Wednesday to advance to the Euro finals.

Adele posted a video of herself screaming and jumping for joy after England’s captain Harry Kane, scored the winning goal. She captioned the video, “ITS BLOODY COMING HOME” — a reference to the line “It’s coming home/football’s coming home” from the unofficial soccer anthem of England, “Three Lions.”

As Billboard notes, Adele was probably especially thrilled because Kane is a member of her favorite team, Tottenham [TOT-en-em] Hotspur.  England will now take on Italy at Wembley Stadium, the site of England’s last major football victory, the 1966 World Cup.  Wembley Stadium was also the site of the last two concerts Adele has played to date, in June of 2017.

Ed Sheeran is equally thrilled about England’s football chances. Even before they made the finals, he posted a video of himself saying, “Guys, I don’t know if you heard the news but…it’s coming home.”  He’s also said that he’ll be happy if “Three Lions,” which is currently advancing up the British charts, knocks his hit “Bad Habits” out of the number-one spot.