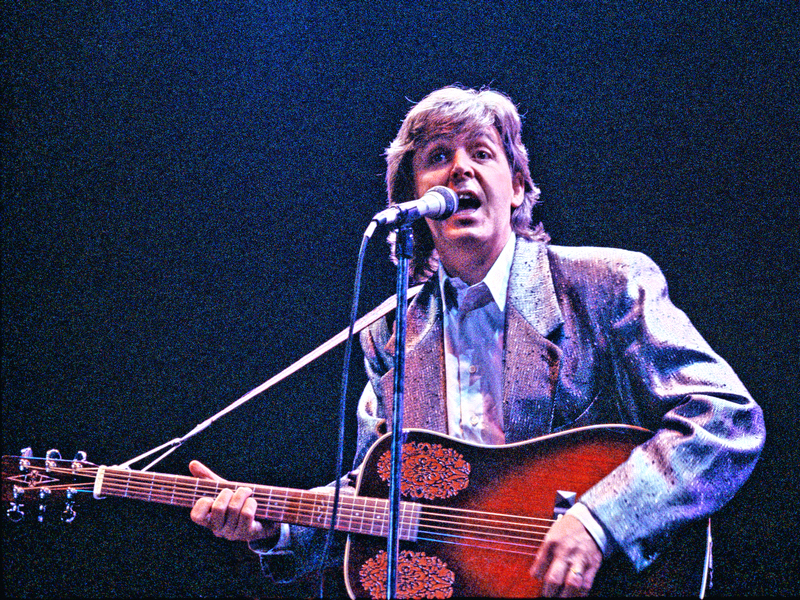 Key details have emerged about Paul McCartney's upcoming six-part docuseries on Hulu, according to Best Classic Bands. McCartney 3, 2, 1, featuring “Macca” in discussion with famed producer Rick Rubin, premieres on July 16th on Hulu and finds the former-Beatle and Rubin discussing all aspects of his 60-year-career.

McCartney and Rubin serve as two of the project's executive producers, with the series being directed by Zachary Heinzerling.

The series breakdown for all six episodes of McCartney 3, 2, 1 are:

Episode 1: “These Things Bring You Together”: McCartney shares stories from the early days, shedding new light on his relationships with John Lennon and George Harrison. Welcoming an outside musician into the studio impacts one of The Beatles’ most famous songs.

Episode 2: “The Notes That Like Each Other”: McCartney talks about his unique approach to musical composition, influences from Bach to Fela Kuti and some of the innovations that made his music altogether unique.

Episode 3: “The People We Loved Were Loving Us!”: McCartney pays tribute to some of the artists that influenced The Beatles. He discusses the band’s trip to India and the expansion of The Beatles’ music and consciousness.

Episode 4: “Like Professors in a Laboratory”: McCartney and Rubin discuss musical experimentation and The Beatles drive to break boundaries. The episode features segments on Ringo Starr and “fifth Beatle” producer George Martin.

Episode 5: “Couldn’t You Play It Straighter?”: McCartney talks about finding his place in the band and the evolution of The Beatles’ sound and identity. This episode also focuses on a few of his iconic contributions to the band.

Episode 6: “The Long and Winding Road”: McCartney and Rubin discuss McCartney’s songwriting evolution, his creative partnership with John Lennon, and his development as a solo artist.

Whether it's selling his CD's in Starbucks shops, creating one of the first video albums to show on TV, or shutting down traffic for TV appearances, McCartney has always embraced alternative avenues to publicize his new work: “Well, y'know, I don't think it really hurts. I think, it used to just be if you kind of got on radio, then that was kind of enough. But there's so much stuff that you're naturally excluded from just because of formatting. And then there's the Internet and all sorts of other ways for people to listen to music.”