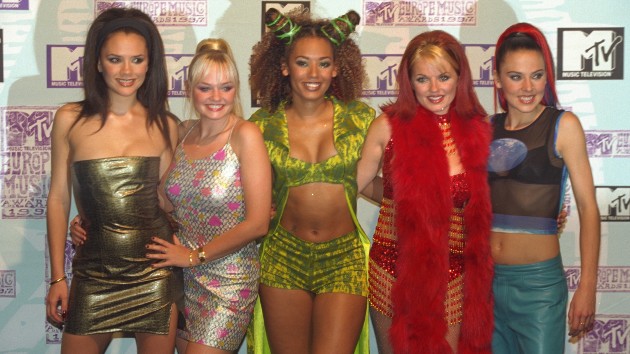 Girl power! On July 8, 1996, The Spice Girls’ “Wannabe” was released in the U.K., kicking off an amazing pop career that’s still going today.  So let us tell you what you want, what you really, really want…to hear: Five Fascinating Facts about this ’90s megahit:

5. “Wannabe” was written by the Spice Girls, Matt Rowe and Richard Stannard.  Mel C, aka Sporty Spice, says the group made up the “silly” word “zig-a-zig-ah” while they were “having a giggle.”

4. “Wannabe” hit number-one on the U.K. charts and stayed there for seven weeks.  It was named British Single of the Year at the 1997 BRIT Awards and became the best-selling single by a girl group worldwide.

4a. When “Wannabe” it was released in the U.S. in January of 1997, it topped the charts for four weeks.  In all, “Wannabe” hit number one in 37 different countries.

3. In 2014, a study found that “Wannabe” was the most easily recognizable pop song of the last 60 years.

1. This Friday, July 9, a new EP, Wannabe25, will be available on digital streaming platforms. It’ll include the original song, a 1996 remix, the original demo recording and a previously unreleased ballad, “Feed Your Love,” also written by the Spice Girls, Stannard and Rowe.

By the way, “Wannabe” was not just an anthem of female empowerment: It’s credited with reviving the pop music genre, presaging the wave of teen pop that would take hold of the charts in the next decade, and inspiring a new crop of all-girl pop groups.

The Spice Girls most recently worked together in 2019, when they mounted a sold-out U.K. tour.

She’s the only one: Melissa Etheridge to duet with ‘American Idol’ finalist Noah Thompson Sunday