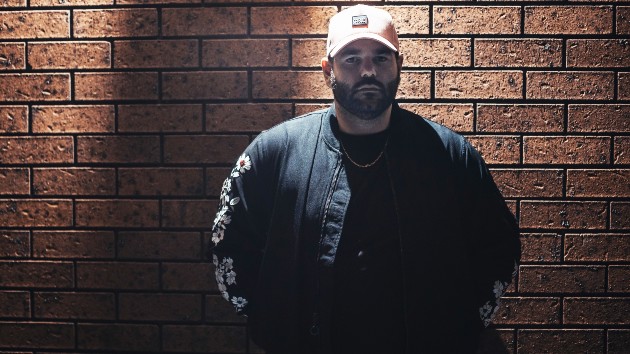 Following his breakthrough hit “Astronaut in the Ocean,” Australian rapper Masked Wolf is back with a new track called “Say So.”  No, it’s not a cover of that Doja Cat hit — this song is about denying that you might need help.

“Everybody gotta say they ball/Even when their castle’s about to fall,” raps Wolf, born Harry Michael. “You been tryna act like it’s okay/But I can see you trapped in the hallway….problems don’t go away.”

“It’s always important for me to say something with my music, even if the deeper message is hidden inside of what sounds like a fun, upbeat song,” explains Wolf. “In ’Say So,’ I was writing about how, in times of trouble, we often try to act like we’re still okay, even when we really aren’t.”

“No matter how bad the situation is or how close we are to self-destructing, we think that, if we keep telling ourselves we’re O.K., then maybe we will be,” he adds. “We think, ‘If we say so, then we say so,’ but really, we need help.”

Meanwhile, “Astronaut in the Ocean,” which reached the top 10 on the Billboard Hot 100, has racked up over a billion streams and 180 million video views. In recent months, Wolf has appeared on The Voice, The Kelly Clarkson Show and The Tonight Show Starring Jimmy Fallon.