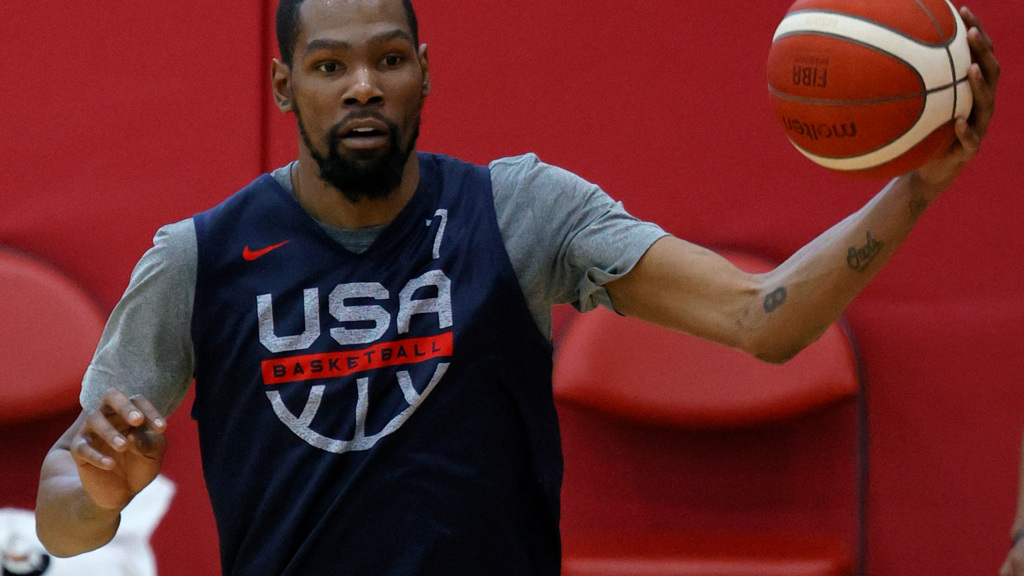 (CBS Local)- The USA Men’s Basketball Olympic team began their training camp Tuesday in Las Vegas, Nevada as the group prepares for their first game on July 25. Basketball has historically been a near guaranteed medal for the U.S. at the Summer Olympics and the expectations for a gold medal remain entering this year’s games.

In the 19 previous men’s basketball Olympic tournaments, the U.S. has taken home medals in 18 of them. The lone year without a medal was the 1980 Olympics which the U.S. boycotted. The Americans have won gold 15 times, silver once (1972) and bronze twice (1988 & 2004). Since the ’04 Games and the take over of USA Basketball by Jerry Colangelo however, the U.S. has taken home gold medals exclusively.

That will be the expectation again this year as the men enter the tournament as heavy favorites (-305) to take home gold. The quest to lock in the fourth straight gold medal begins on July 25 when the U.S. faces France in Group A play.

The roster for this year’s Olympics is missing many of the big names with LeBron James, Kyrie Irving, Jimmy Butler, Paul George and Klay Thompson not headed to Tokyo. But, that doesn’t mean the U.S. is lacking star power. Kevin Durant is joined by Damian Lillard, Draymond Green and NBA Finalists Khris Middleton, Jrue Holiday and Devin Booker.

Group play for the Americans will see the matchup against France, ranked 7th in the FIBA world rankings along with Iran (23rd) and the Czech Republic (12th) which knocked off Canada in the Olympic qualifying tournament to earn their spot. The top two teams from each group and the top two third place teams among the three groups will advance to the knockout round.

The exact channels haven’t been set yet for the U.S. group stage games but NBC says that games will air on CNBC, NBC Sports, NBC Olympics and streaming on Peacock.