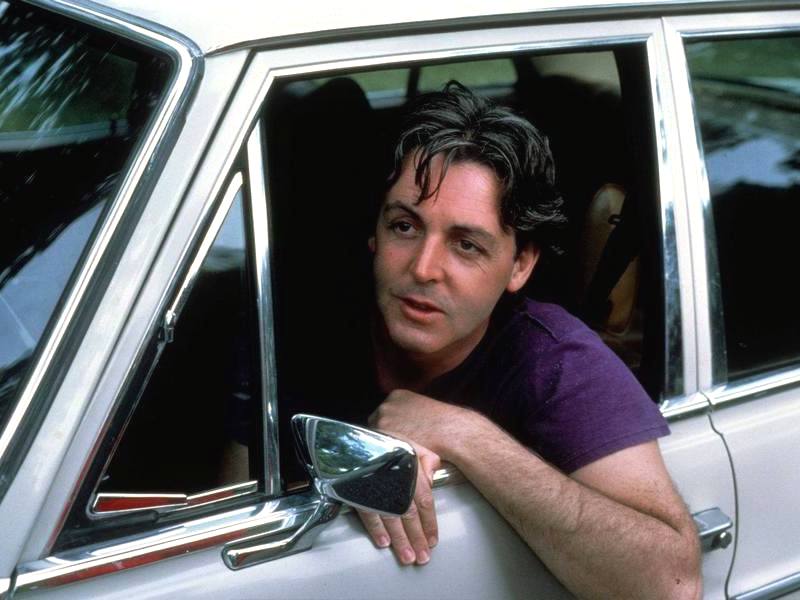 Paul McCartney has just uploaded a new 14-song "Sticking Out Of My Back Pocket" Spotify playlist on his official PaulMcCartney.com site. Every month McCartney posts a new tracklisting with a specific theme. This month's theme spotlights travel and showcases some of "Macca's" more destination-oriented tracks.

A message to fans on the site reads in part:

This past year has been full of unexpected twists and turns. Our visits to family members abroad have been postponed and our summer holidays have been canceled. . . So get ready to pack your musical cases as we visit the places and spaces Paul has sung about throughout his career. Sometimes the inspiration for Paul's song writing can be found directly on a map.

Whether you're 'Back In Brazil' or you have the 'San Francisco Bay Blues,' join us in a musical journey across 'The World Tonight' in this month's 'Sticking Out of My Back Pocket' Spotify playlist.

On the new Spotify list, McCartney makes a rare dip into the Beatles' catalogue by including the 1968 "White Album" opener, "Back In The U.S.S.R." Back in '68, upon the release of the chart-topping double-album, Paul McCartney spoke about how the collection showed the Beatles' artistic progress: ["It is another step — y'know, but it's not necessarily in the way people expected. Uh, on Sgt. Pepper, we, we had more instruments. . . instrumentation than we ever had, more orchestral stuff than we ever used before, so it was more of a production. We tried to play more like a band this time, only using instruments when we had to instead of using them for the fun of it."] SOUNDCUE (:21 OC: . . . fun of it)

Paul McCartney has been writing songs for 65 years, and admits he's just as amazed each time the muse strikes him: ["I've been blessed with this privilege of writing songs that people will listen to. And then, when I play them — people know them. So, I kind of, feel it's a magical thing — so I love it."] SOUNDCUE (:11 OC: . . . I love it)

Paul McCartney On Songwriting Being A Blessing :

Paul McCartney On The Production Of The ‘White Album’ :