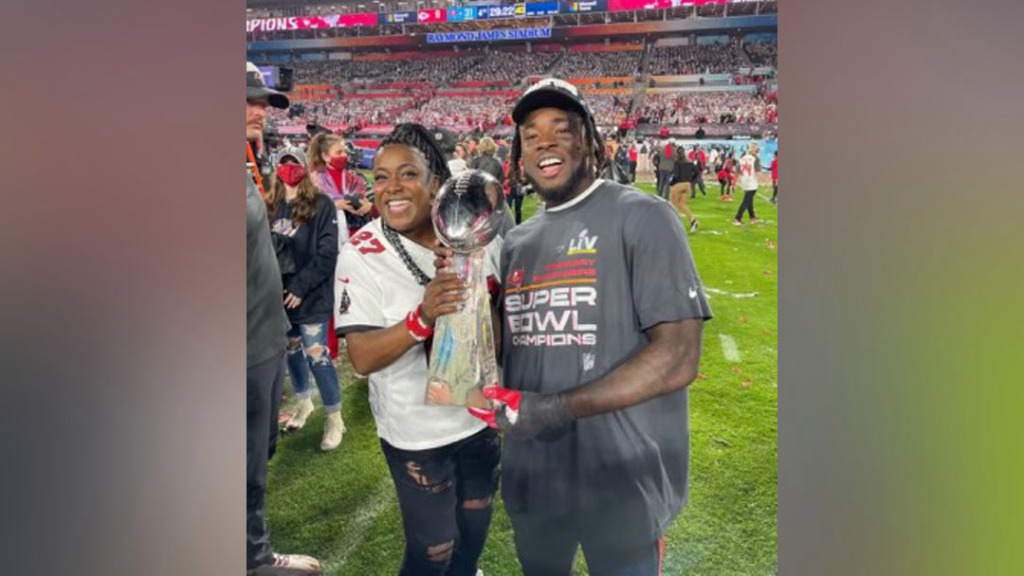 McKINNEY, Texas (CBSDFW.COM) – A young man who represents DFW kicking off the season against a Cowboys franchise he grew up rooting for.

Tampa Bay running back Ronald Jones is about to do that in front of family and friends.

His mother Jacque says “he is so excited and we are so excited to be in this position”.

It’s an example of what others can achieve. Ronald’s high school coach, Mike Fecci, says “I’m more proud of what he’s overcome and he deserves every single thing he’s getting right now”.

His mom adds “follow your dreams and believe you are more than capable because Ronald did”.

If only Ronald’s dad had been there to see his dream come true. The same dad who took him to his first pro game… a Cowboys game in 2004…the same dad who passed away 8 years later.

Jacque Jones explains “we were in the Super bowl and I told him your dad would’ve been 55 this year and Ronald was in the 55th Super Bowl. He told me, after that, I knew we were gonna win”.

Now what are the emotions for those close to Jones?

His former high school coach admits “I cheer for the Cowboys every single week except for when they play Ronald so I’m just gonna go neutral this week on that”.

His mom finishes by saying “I’m shocked some family are saying we’re gonna have to roll with the Cowboys are you for real”?

A major reason to keep up with the Jones’.