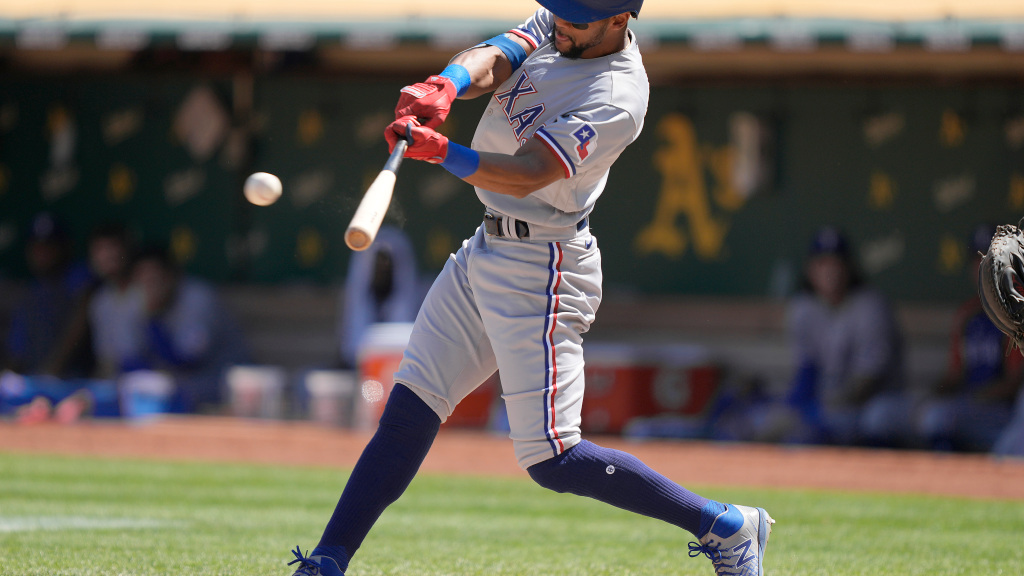 Yohel Pozo singled twice and scored a run, and Leody Taveras added an RBI triple for Texas. The Rangers won their second series in Oakland this season after going 0-7-2 in their previous nine trips to the Coliseum.

Manager Chris Woodward’s last-place ballclub needed it and headed home feeling a lot better after taking two of three from the contending A’s.

“You look at the two teams, you would assume that we needed to win this game to make the playoffs,” Woodward said. “That’s the way we’re playing right now, and it’s been fun to watch. Clearly, we’re executing a lot better than we were in previous games. Against Oakland, we match up well with them for some reason.”

The A’s, who began the day two games behind the New York Yankees for the second AL wild card, have lost 17 of 26.

“Any series right now is a tough one to lose,” A’s manager Bob Melvin said. “It doesn’t matter who you’re playing at this point. We’re going to have to run off some series in a row or some games in a row. There’s some time left.”

Hearn (6-4) did not walk a batter for the third consecutive start and retired 16 of 17 after giving up back-to-back singles in the first. The left-hander struck out two and allowed five hits and three runs in six innings to become the first Rangers pitcher to win four straight since Lance Lynn won five in a row in 2019.

“Just a testament to all the work that I’ve been putting in with the coaching staff. It’s been paying off pretty well,” Hearn said. “I’d rather have (six) innings of two strikeouts rather than 3 2/3 or whatever it is, five innings, with a lot of punchouts.”

Kiner-Falefa’s two-run single in the third off A’s starter James Kaprielian (7-5) gave the Rangers an early lead. Jonah Heim’s sacrifice fly made it 3-0.

Jason Martin singled and scored on Taveras’ two-out triple in the fourth.

After allowing Gomes’ home run leading off the fifth, Hearns got into trouble again in the sixth when he threw the ball into center field during Starling Marte’s steal attempt. Olson followed with a two-run home run to right.

Kaprielian had five strikeouts but allowed four runs and eight hits in 3 2/3 innings.

“Inefficient again,” Kaprielian said. “Just an unproductive start. Didn’t give the team a chance to win. Pretty poor in my opinion.”