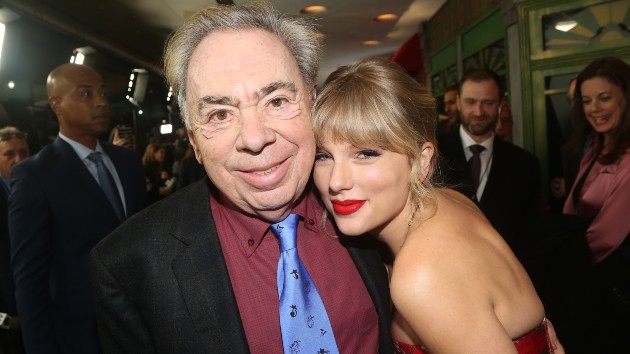 Sir Andrew Lloyd Webber may have composed the CATS Broadway musical, but that doesn’t mean he enjoyed the movie version of it.  There is one thing, however, that he does like about it — and it has everything to do with cat lover Taylor Swift.

Speaking with Variety, the 73-year-old British composer said being able to write the song “Beautiful Ghosts” with Taylor was the one good thing to come from the critically panned movie.

The composer recalled what it was like to create the Golden Globe and Grammy-nominated song, revealing, “We sat around the piano, I played her a melody… It was a joy. She’s a real pro. Talk about being a pro.”

He also said Taylor was familiar with the source material, the T.S. Eliot poetry collection Old Possum’s Book of Practical Cats.  That led to the two exchanging a few inside jokes and bonding over their mutual appreciation of the British poet.

“One of the things I was quite intrigued by, she got to the essence of what T.S. Eliot was about,” Lloyd Webber continued. “It wasn’t just a lyric thrown together at all. I did enjoy working with her very, very, very much.”

Lloyd Webber has been vocal about his dislike of the CATS movie and criticized the film when speaking previously to The Sunday Times of London. “The problem with the film was that [director] Tom Hooper decided that he didn’t want anybody involved in it who was involved in the original show,” he bemoaned. “The whole thing was ridiculous.”

CATSs debuted to negative reviews in December 2019.  The movie currently has a 20 percent rating on Rotten Tomatoes.