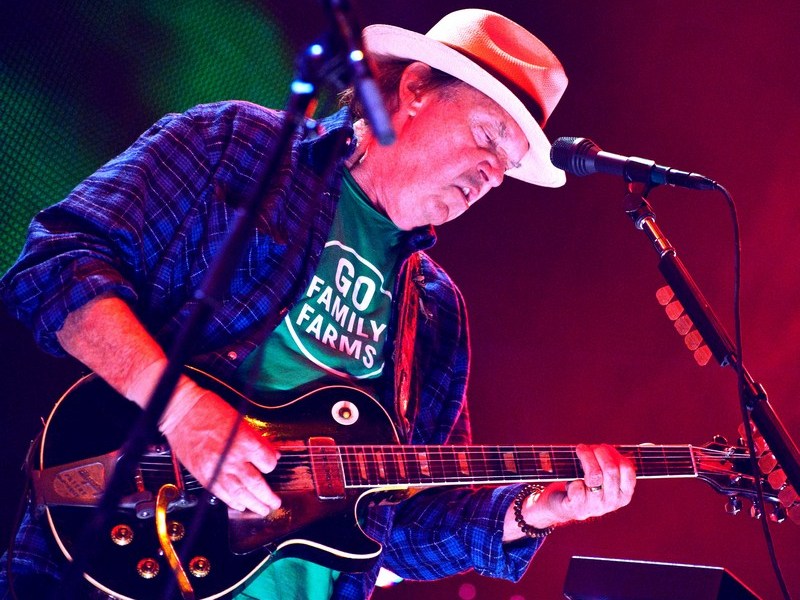 Young announced the new album on his official Neil Young Archives website, writing, "We are so happy to be back in the barn. A barn built to replicate the 1850's barn that had collapsed in exactly the same place, high in the mountains of Colorado."

Subscribers are able to sample the album's lead track, "Song Of The Seasons," with Young posting: "Written in Canada about a year ago, it’s the oldest song on Barn. There was a recording of the song done in my hometown that is the earliest. This is the first one with Crazy Horse! It starts the album."

Neil Young explained what Crazy Horse brings to him as a songwriter and a musician: ["They make me play better and I've known them for so long, they make me play better when I play with them. It's just a certain kind of music I play great with Crazy Horse. It's more free. Crazy Horse is a very simple sound, it's mostly emotional and not very technical — so, I like that. 'Gives me a chance to expresses myself."] SOUNDCUE (:18 OC: . . . to express myself)

Nils Lofgren, who made his bones on Neil Young's early albums, is now a full member of Crazy Horse, having replaced the retired guitarist Frank "Poncho" Sampedro and now plays alongside the Horse's bassist Billy Talbot and drummer Ralph Molina.