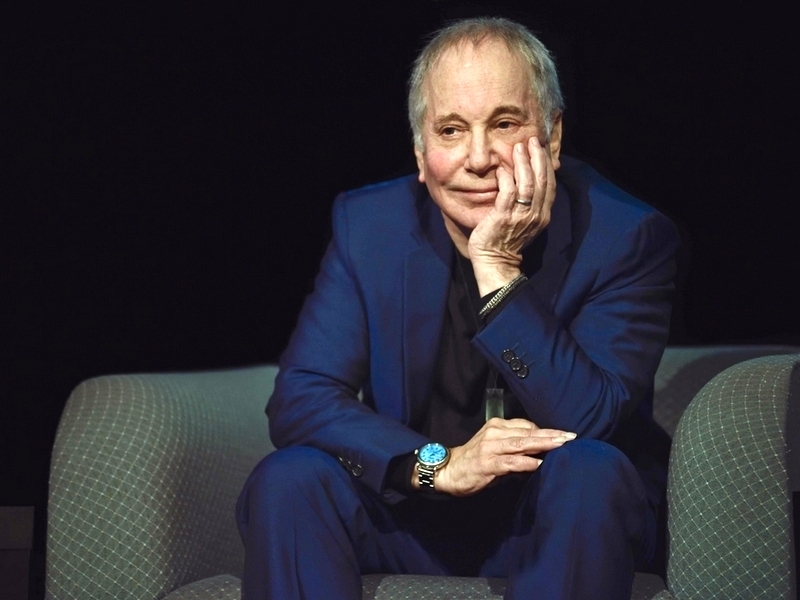 Paul Simon's just announced his first new project for the next 80 years of his life with the upcoming audio biography, Miracle And Wonder: Conversations With Paul Simon, from Malcolm Gladwell and New York Times journalist Bruce Headlam. The life-spanning bio will be released on November 16th via Gladwell’s Pushkin Industries. The title comes from the lyrics featured on his classic 1986 Graceland opener, "The Boy In The Bubble."

Simon, who turned 80 on October 13th said in a statement, "Over my career, I must have given hundreds of interviews on various projects, but speaking and collaborating with Malcolm on this was especially enjoyable."

Over the course of the five-hour audio interview, Simon reveals he's been composing a new project — tentatively titled Seven Psalms — and performs bits from the unfinished song-cycle during the course of the expansive chat.

Variety reported, "The biography features cameos from Sting, Herbie Hancock, Renee Fleming, Rosanne Cash, Aaron Lindsey, and Jeff Tweedy listening to their favorite Simon tracks and sharing what makes the songs so personal for them."

Paul Simon has always rated his creative autonomy as the most important by-product of being an active songwriter and musician: ["I always pursued a course that seemed interesting to me and that I hoped would be interesting to someone else, y'know — to a lot of people, I hoped. But if it didn't, or if it wasn't — I never had any intention of changing. Actually, I don't think I could have been, or am, capable of changing."] SOUNDCUE (:19 OC: . . . capable of changing)

Paul Simon On His Creative Path :