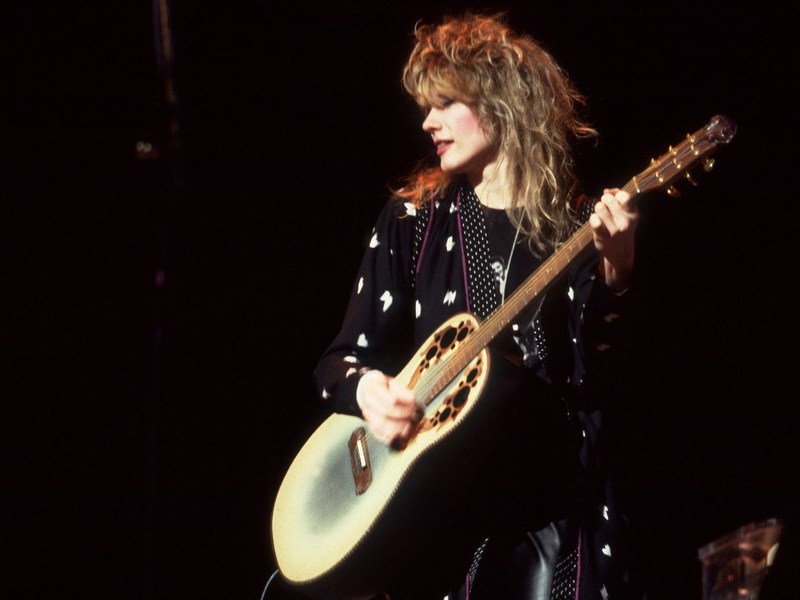 Styx has announced Heart's Nancy Wilson will serve as the band's special guest over their five-night Las Vegas run in January and February.

Blabbermouth reported guitarist Tommy Shaw said in a statement, "We are thrilled to announce that Nancy Wilson, the super talented singer, songwriter and multi-instrumentalist performer we've enjoyed as a member of Heart, will be joining Styx on stage when we return to the Venetian in Las Vegas for five nights: January 28th, 29th and February 2nd 4th, and 5th. Talk about 'these dreams' coming true!!! Come join us!"

Co-founding guitarist James "J.Y." Young added: "Looking forward to collaborating with another artist in Las Vegas. We had great fun with Don Felder and are looking forward to rocking with Nancy Wilson."

Nancy Wilson said: "I'm so pleased to be part of the Styx plus Nancy Wilson collaboration. I think it's going to be fun and really different from other shows."

Nancy Wilson has been playing guitar for most of her life. She recalled the moment she knew she would forever be a musician: ["I got a guitar in my hands and it was. . .  my guy. It was instantly my guy. I'd played piano and ukulele a little up to then, but it was like this rich, um, character of sound that was really responsive to the touch and to the intention of what you wanted it to say. And it had a lot to say on its own, the guitar."] SOUNDCUE (:23 OC: . . . own the guitar)

Guitarist J.Y. Young told us that the good old days for Styx — like so many bands who sailed to super stardom — came hand in hand with an insurmountable amount of pressure and hard work: ["There was certainly burnout. I mean, once The Grand Illusion really took off and then Pieces Of Eight and 'Renegade' and 'Blue Collar Man' came out, it was like a tornado came in and swept us up and carried us along and ultimately sort of set us down hard at the end of 1983 when we all decided to go our separate ways. Y'know, while it was going on it really was just. . . y'know, the pressure was huge from a variety of different angles and some good things came out of that pressure and also a whole lot of controversy and conflict internally; but we did some great music back then."] SOUNDCUE (:32 OC: . . . music back then)

Nancy Wilson On Her First Guitar :